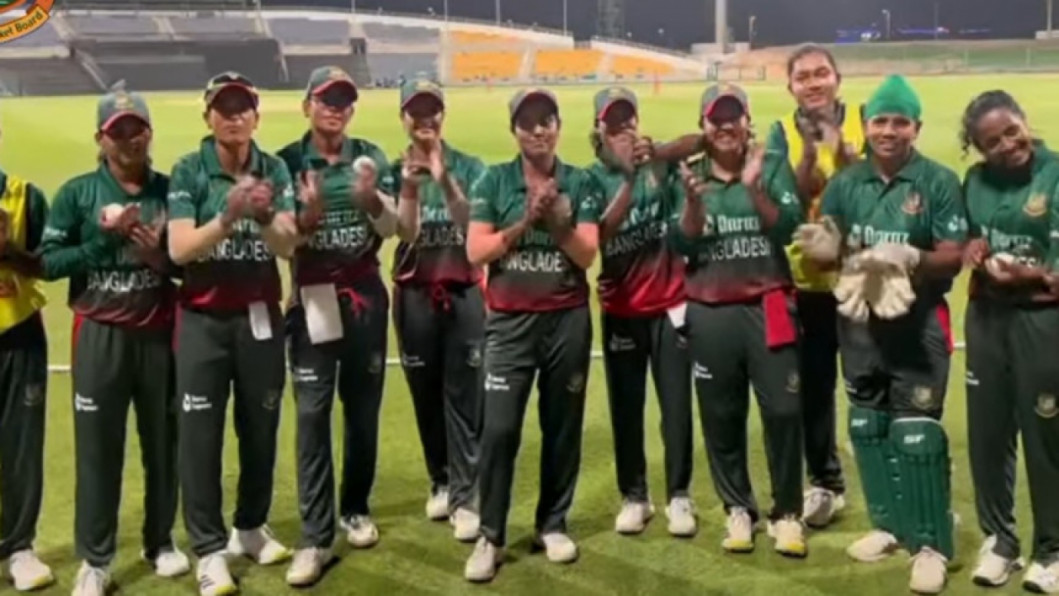 Bangladesh Women's team captain Nigar Sultana Joty was overjoyed to have qualified for the T20 World Cup and stated that ‘now is the time to show the world how they have improved as a team over the years'.

Bangladesh defeated Hong Kong by 11 runs in the semifinals on Friday without being losing a single game in the qualifiers so far, recording four wins from as many games.

The Tigresses will take on Ireland in a final that will have mainly bragging rights up for grabs, with both finalists securing tickets to next year's T20 World Cup.

"We came here to make sure we qualify for the T20 World Cup, and we did it. We have been playing together for a long time, now is the time to show to the entire world how good and improved we are as a team," said Nigar.

The captain was proud and showered praises on the team members for their performance throughout the tournament.

“The way the girls played throughout the tournament, I feel proud as the captain. Today was a bit of a close match though. Despite that, I had faith in everyone. Everyone in the team believed that we could pull the match out. The girls have done great bowling and fielding,” Nigar added.

Regarding the final against Ireland, the Bangladesh captain said, "Now, of course, our focus is on the championship. Hope we give our best in the final and come back as champions."