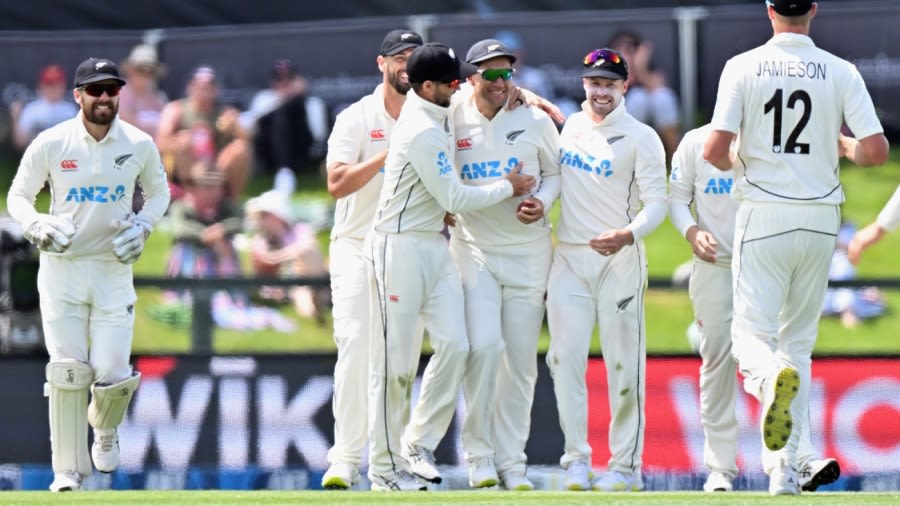 New Zealand won the second Test by an innings and 117 runs against Bangladesh to square the two-match Test series at Christchurch on Tuesday.

Bangladesh were bowled out for 278 in their second innings while following on, despite the first overseas century from Liton Das.

Ross Taylor, who is played the last and 112th Test of his career, took the final wicket with Ebadot Hossain caught by Tom Latham for four runs.

Liton scored 102 off 114 deliveries which featured 14 fours and a six, before being adjudged lbw against Kyle Jamieson.

The top order put up some resistance having reached 123 for three, while Liton shared a century partnership for the sixth wicket with Nurul Hasan.

Following on by 395 runs, Bangladesh had started their second innings very cautiously. The openers Shadman Islam and Naim left more deliveries against the new ball.

But Shadman got caught down the leg-side off Jamieson. Debutant Naim made 24 off 98 balls before he fell to Southee and then Wagner was back in the action.

Bangladesh were wrapped up for 126 runs in the first innings while New Zealand set a mammoth total of 521-6 declared with the double ton of Latham and century by Devon Conway.