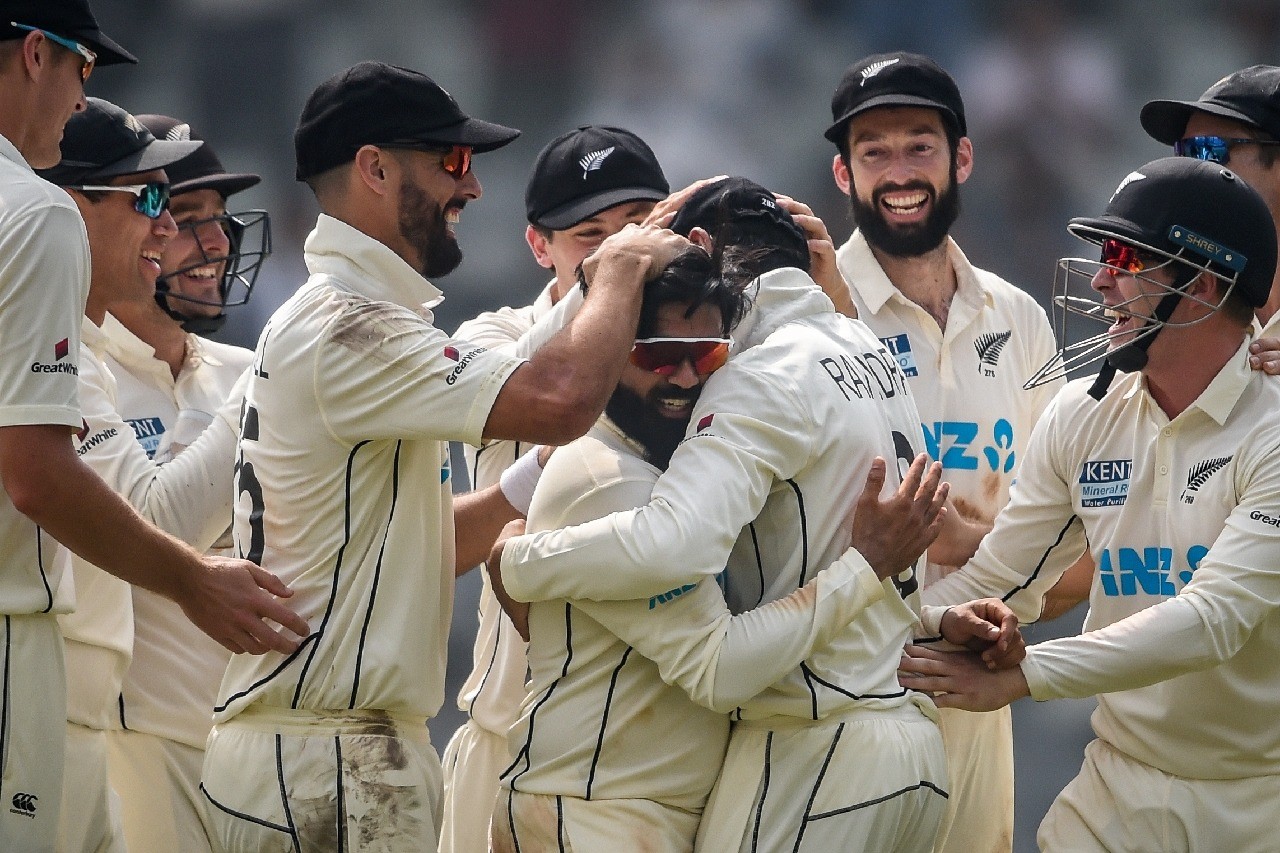 New Zealand's Mumbai-born spinner Ajaz Patel claimed all 10 Indian wickets in the second Test, becoming only the third bowler in cricket history to achieve the feat on Saturday.

Ajaz, a left-arm spinner, added to his tally of four wickets on the opening day to return figures of 10-119. India were all out for 325.

England off-spinner Jim Laker was the first bowler to take a Test ten-for, against Australia in 1956 at Old Trafford.

Indian spin ace Anil Kumble is the only other player ever to do so, against Pakistan in 1999 at Delhi's Feroz Shah Kotla.

Ajaz rattled India in the first session with wickets in successive balls to be on a hat-trick before overnight batsman Mayank Agarwal scored 150 to help India to a challenging total.

The wily spinner soon got Axar lbw and wrapped up the Indian innings to be surrounded by jubilant Kiwi players.