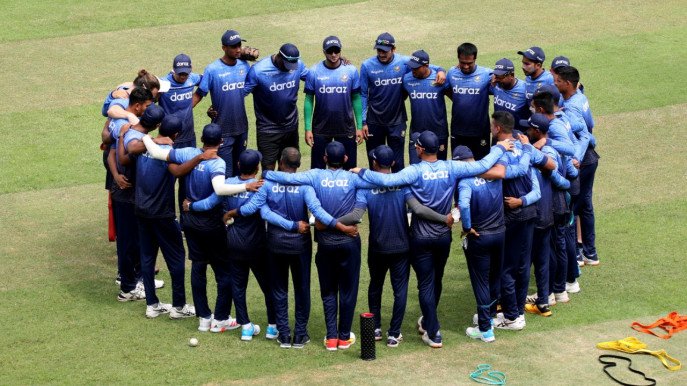 Bangladesh will play against Sri Lanka and Ireland in the official warm-up match of the T20 World Cup as both the matches will be played in Abu Dhabi.

In addition to these two matches, Bangladesh will play another unofficial warm-up match on October 8, in Oman.

Bangladesh under the leadership of Mahmudullah will leave Dhaka next Sunday [October 3] for the World Cup campaign.

After three days of practice they’ll play the unofficial practice match. The Bangladesh team will then travel to the United Arab Emirates on October 9 to play the official warm-up match.

There will be one day practice at the end of one day quarantine. After playing two warm-up matches, the team will return to Oman on October 15.

Bangladesh will face Scotland in the first match on October 17. Then on 19 October the game against host Oman and on 21 October against Papua New Guinea.

The team will go to the UAE again on October 22 to play Super Twelve if they can qualify.

Pakistan on the verge of winning first Test