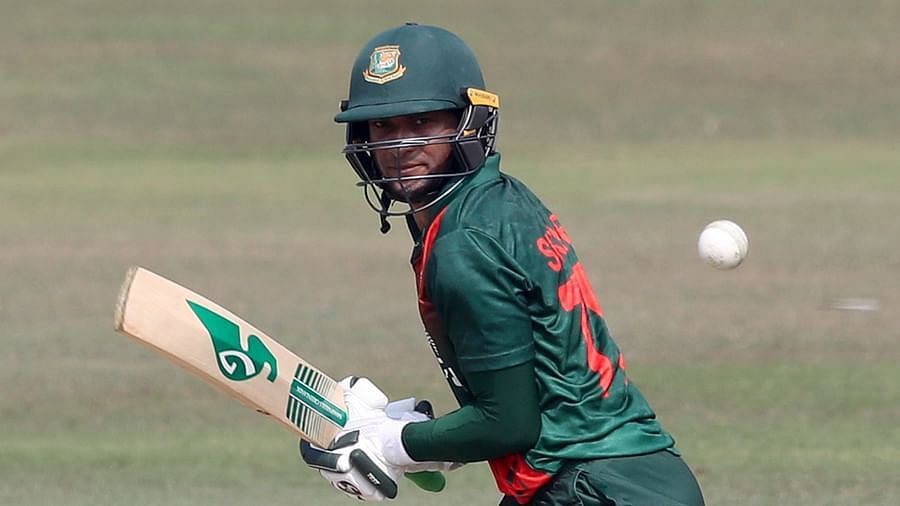 Bangladesh had lost 4 wickets for 75 runs, from there, Shakib Al Hasan pulled Bangladesh almost alone. He not only pulled Bangladesh but also helped to win the three-match ODI series against Zimbabwe by playing an unbeaten innings of 96 runs. At the end of the match, Shakib said, he had no option but to score runs today [Sunday].

Shakib wasn’t having good time with the bat after returning from the ICC ban. He scored a half-century in the third and final ODI of the series against Zimbabwe earlier this year. Since then the southpaw couldn’t shine with the bat.

Which continued in the Indian Premier League (IPL), the Sri Lanka series at home and the latest in the recently concluded Dhaka Premier League (DPL). Today, Shakib pulled out his team from a batting disaster as they were chasing 241 run.

At that time, Mohammad Saifuddin came down and gave Shakib a great support. The duo managed 69 runs to give the team a 3-wicket win. Saifuddin was unbeaten for 28 runs. Shakib has given credit to Saifuddin too for such an innings.

"Today was the day I had to put my hands up. Very happy... Lot of credit to Saifuddin, he showed a lot of composure. Today the wicket was slower. If the bowlers were bowling straight into the wicket, you had to take chances, which is where we lost wickets"