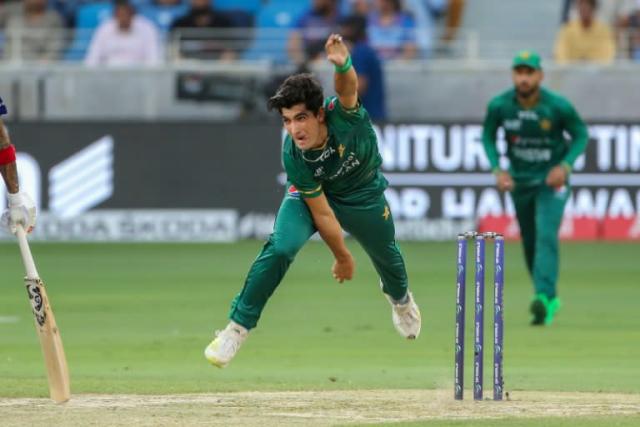 Pakistan fast bowler Naseem Shah has tested positive for COVID-19 and will miss the remaining two T20s against England, confirmed the Pakistan Cricket Board said on Thursday.

The young pacer was admitted to the hospital on Tuesday in Lahore with a chest infection and fever.

“Shah is back in the team hotel where he will follow all COVID-19 protocols,” the PCB said in a statement.

Pakistan is due to leave for New Zealand next Monday to participate in a triangular Twenty20 series also featuring Bangladesh.

The PCB didn’t clarify whether the fast bowler will accompany the team to New Zealand.

Shah played only one game in the seven-match series against England at Karachi before being rested. He returned expensive figures of 0-41 off his four overs in the first match, which England won by six wickets.

Tags: England, Pakistan,
Up Next