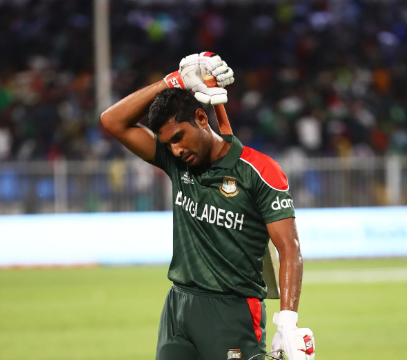 Mahmudullah Riyad, who led Bangladesh in the T20 World Cup in the previous edition last year, is no longer an automatic pick in the Tigers' T20I squad, according to Team director Khaled Mahmud Sujon.

However, Sujon said an experienced player like Mahmudullah cannot be dropped suddenly.

A three-day training camp from September 12 to 14 at the Sher-e-Bangla National Cricket Stadium in Mirpur has commenced today [Monday], With the World Cup squad selection deadline set for September 15, national team players and certain selected cricketers from the BCB HP team and Bangladesh Tigers have joined the program.

“Riyad is no longer an automatic choice. We have to think about everything. At the end of the day, we will do what is needed for the Bangladesh team. Since Riyad still plays in this format, he is still the same as our other ten players. He has experience. But we are not separating anyone as having experience or not. As Riyad is important to us, Rabbi (Yasir Ali) is also important to us. All are national team players” said Sujon to media in Mirpur today.

Since his debut in September 2007, he has played a maximum of 121 matches for Bangladesh in this format. The team director also reminded that to eliminate such player in not an easy Task.

“A player has been serving Bangladesh cricket for so many years. He might not play forever but we always want to evaluate their service. There is no room to deny the contribution of ‘Panchapandav’,

“Riyad still has interest in the game. But we didn't get what we expected from him. It's not that he couldn't do it at all, there were small contributions. Riyad is the match winner. It should not be forgotten. You can't just say no to such a player." Sujon added.

Bangladesh are scheduled to play a tri-nation series involving hosts New Zealand and Pakistan, a tour that will act as a prelude to the T20 World Cup.