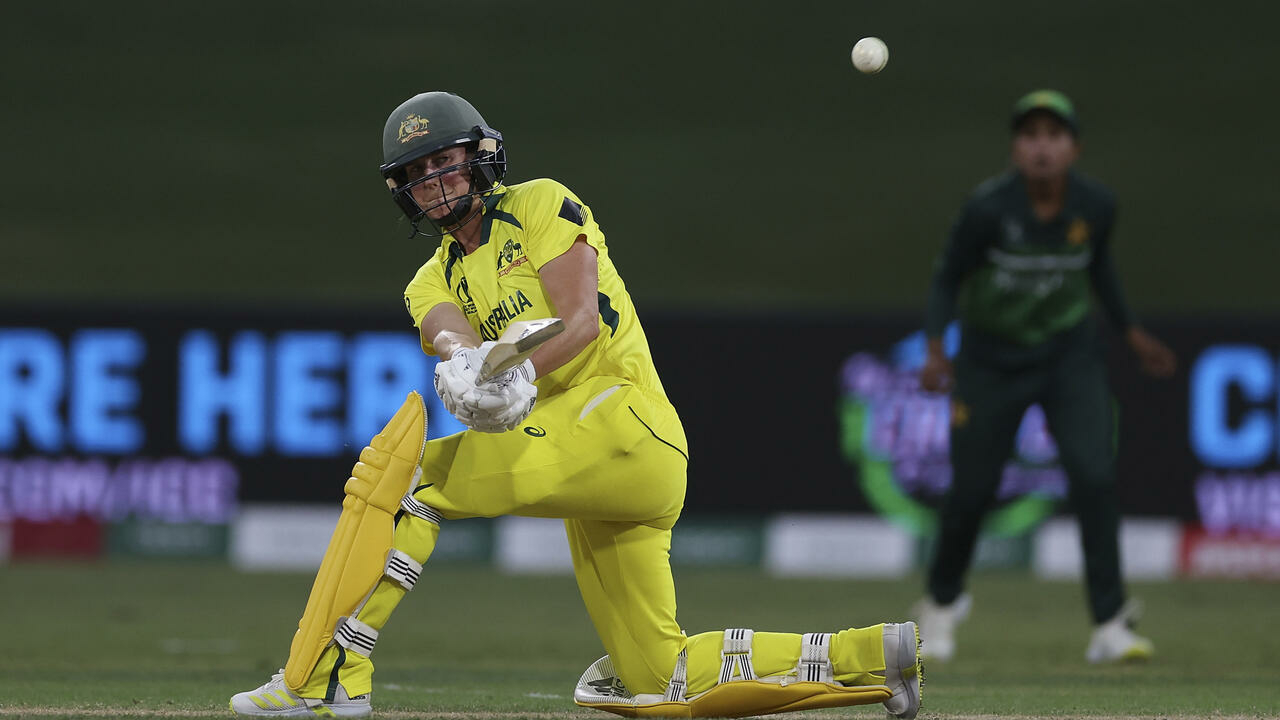 Captain Meg Lanning confirmed the six-time champion Australians would be without Perry, who suffered back spasms during the group stage win over South Africa last week.

Twenty-year-old all-rounder Annabel Sutherland is likely to replace the accomplished Perry, 31, in Wednesday's semi-final, as she did against Bangladesh last Friday, when Australia completed a seven-from-seven record in the group stage.

Lanning would not rule Perry out of contention if they qualify for Sunday's final in Christchurch against either South Africa or England, who clash on Thursday.

"She batted a little bit in the nets and felt okay, but she certainly just wasn't in a position, unfortunately, to be able to perform at the level needed," Lanning said.

"We will keep assessing her as we go if we are to progress but the team and the squad is very focused on tomorrow and making sure that we're putting out our best game because everything else is irrelevant."

Perry claimed figures of 3-22 against the West Indies two weeks ago, in a seven-wicket win which was achieved with nearly 20 overs to spare, typical of their dominant performances at the tournament.

The Caribbean side have exceeded expectations by qualifying in fourth place for the semi-finals.

Their progress went down to the final ball of the last group game on Sunday when South Africa dramatically eliminated India, prompting scenes of wild celebration at the West Indies' team hotel.

Defending champions England will carry momentum into Thursday's game in Christchurch -- a replay of the 2017 semi-final -- having won four straight matches after losing their opening three.

England captain Heather Knight believes her team's experience of playing "knockout cricket" in the latter half of the group stage -- they could not afford to lose a match if they were to qualify -- is invaluable.

"Having that mentality to have the pressure on you and that if you lose you're out, we've had that for a while now," said Knight.

"So I think that will be a really useful thing for us."

Second-ranked South Africa lost only one match, to Australia, in the group stage.

Their powerful batting line-up, led by Laura Wolvaardt, will fancy their chances of turning the tables on England, who got up to pip them by two wickets with two balls to spare at the same stage in 2017.

Wolvaardt has plundered 433 runs at an average of 61.85 in the tournament, more than any other batter. Australia's Lanning comes next with 358 at 59.66.