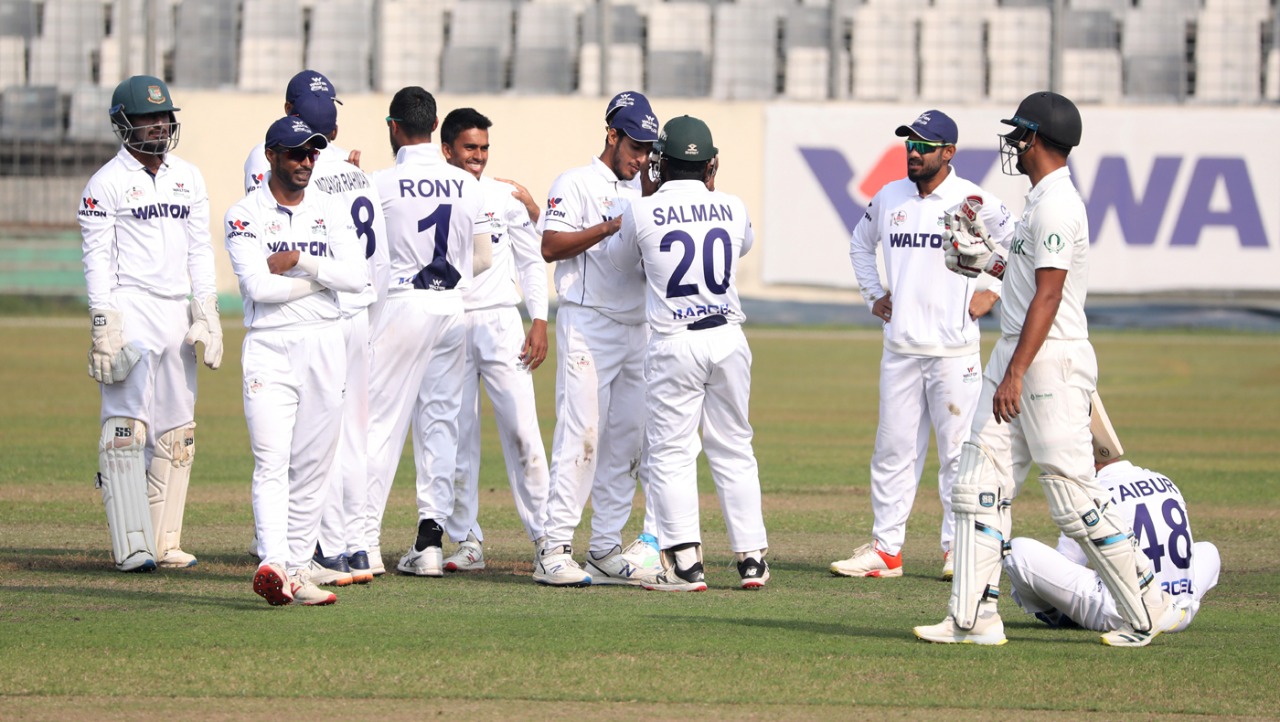 Central Zone resumed on 4, the overnight batters Mohammad Mithun and Miznur Rahman returned without scoring a single run on Day 2.

Central Zone were in deep trouble after Soumya Sarkar was out for 2 runs. Then Taibur Rahman added 152 runs with Jaker Ali Anik for the sixth wicket stand.

Taibur scored 76 off 198 aided by 11 fours while Jaker fell short of eight runs to score a hundred before getting trapped by LBW on 92 off 180 including 11 boundaries and 3 sixes.

Amite Hasan and Towhid Hridoy were batting on 31 and 39 respectively at the draw of the stumps of Day 2. South Zone still trail by 273 runs against North.

Earlier, North Zone began their day on 246-4. The overnight batters Naeem Islam and Mahidul Islam Ankon could not made a good start as the centurion Naeem departed early on 137 runs.

Following the wicket another overnight batter Ankon returned for 76 runs. Then, Md Sharifullah hit a fifty to propel the side to put on a huge total of 385 runs. He scored 56 off 92 deliveries.

Nasum Ahmed was the pick of the attack, he bagged 6 wickets for South Zone.

Tags: BCL,
Up Next