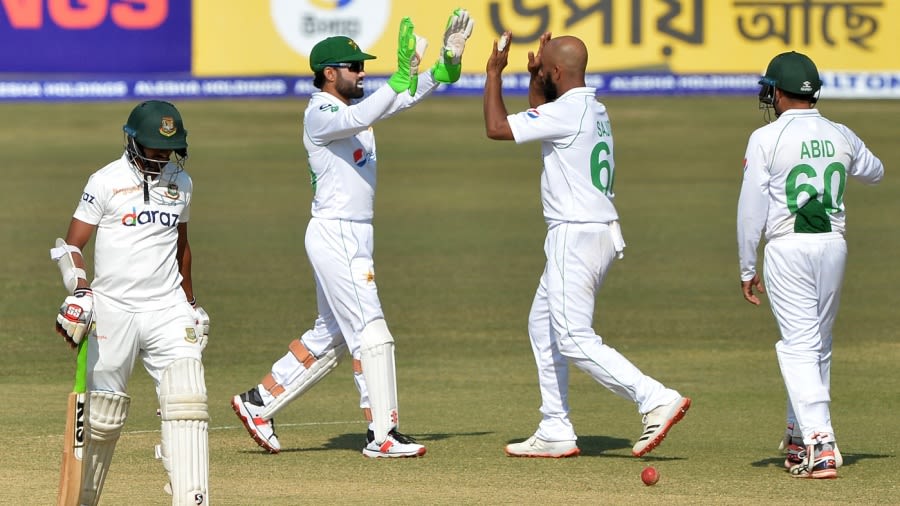 The first three days of the Bangladesh-Pakistan second Test was washed away in the rain as 63.2 overs were played out of possible 270 overs. Pakistan has brought back life in the fourth day in such a lifeless match.

The visitors have created a chance to win matches with great bowling performance. Sajid Khan, the hero of the fourth day, uttered a confident voice, they will leave the field with a victory after taking 13 wickets of Bangladesh on the last day.

Bangladesh have scored 76 runs losing seven wickets after 26 overs in reply of Pakistan’s 300 runs in the first innings. Sajid took six wickets out of seven and believes that they will be able to achieve the goal of victory through aggression.

"The plan is to get these three out tomorrow and send them back to bat and try to win by getting them all out again," said Sajid after the fourth day.

"Bobby bhai (Babar Azam) told us to go to the field to win and to give our all. That's what we did, we attacked and it paid off,"

Sajid also took four wickets in two innings in Chittagong in the previous Test. However, he has enjoyed bowling more in Mirpur.

"There was no such bowling in the first Test’s pitch. There was a turn but there was time for the batters. But I got confidence by getting four wickets there too.”