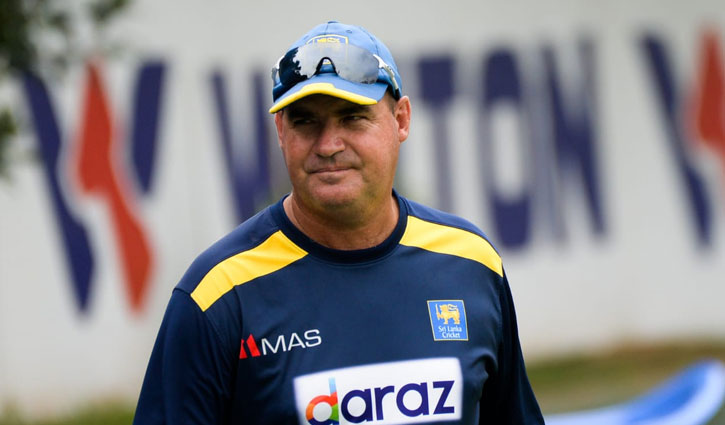 Sri Lanka Test captain Dimuth Karunaratne heaped praises on Mickey Arthur he even described him as a father figure to the Sri Lankan players.

Arthur has recently stepped down as the coach of the Sri Lankan cricket team as now he will serve as ‘Head of Cricket’ in Derbyshire for three years.

"Mickey's a different kind of coach - he's someone who builds a lot of confidence. When you get to this level, more than skills, it's your mental side and your preparation that's important. Mickey treats each player differently," Karunaratne said.

Although Sri Lanka's Test side has not achieved any major feat during Arthur's tenure, although they brought improvement in the limited-overs formats.

"He's a father to some, a friend to others. He knows how to handle each player. He's built a lot of confidence in the team. We saw a lot of players come through under him, and we saw players who were already good get better while he was around. He's a very good coach. I'm disappointed he's leaving us. Actually, as players, we're very sad. But I'm sure he'll be of great service to Derbyshire,"

Arthur, who was the coach of South Africa, has previously been the coach of Western Australia, the Australian team and Pakistan cricket team. The special thing is that he did not play any international match in his career but he proved successful as a coach.