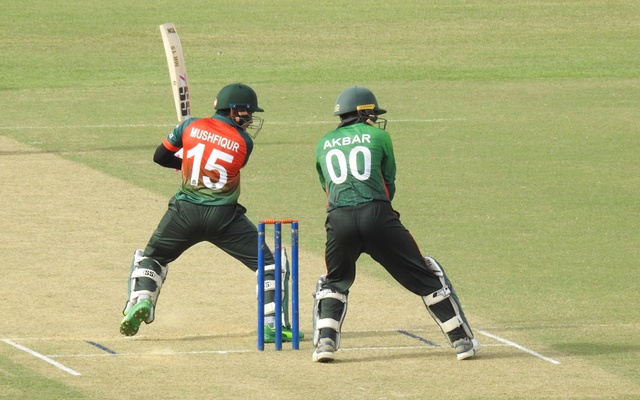 Mushfiqur Rahim has opted to play two One-Day matches for the Bangladesh A side against the High-Performance (HP) team to keep himself involved in match practice and get back to his lost form. The veteran cricketer is successful in his goal. He returned to runs playing an unbeaten innings of 70 runs against the HP team on Tuesday.

In five T20Is against New Zealand, the experienced campaigner scored only 39 runs, two of which were ducks.

Imrul Kayes also contributed 60 runs, with the support of these two seasoned cricketers, the A team defeated the HP team by 6 wickets.

In 93 balls, Tanzid hit 6 fours and 2 sixes. Shahadat hit 51 from 64 balls, including one four and one six. In addition, Mahmudul Hasan's bat contributed 38 runs.

In response, practically all of the A team's batters scored runs. Imrul and Mushfiqur, on the other hand, Mominul Haque scored 29, Nazmul Hossain Shanto 27, and Mosaddek Hossain Saikat 24. With 26 runs Mohammad Mithun stayed unbeaten.

Sumon Khan of the HP team took two wickets. Biplob and Shamim both took one wicket.