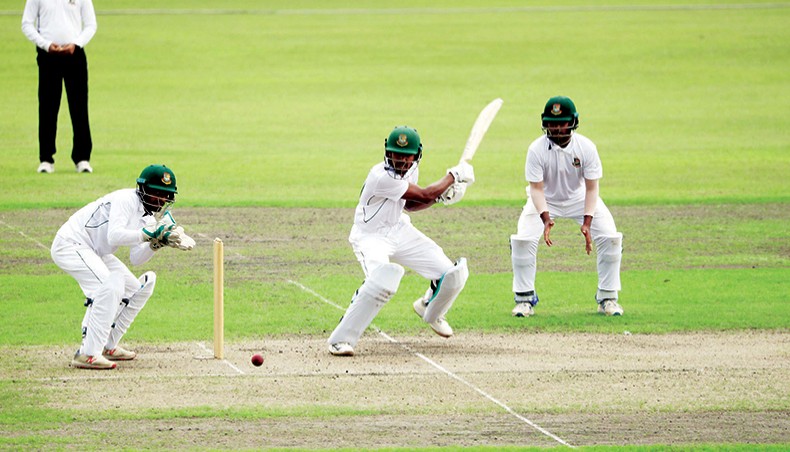 HP team scored 237 runs for the loss of 8 wickets in the first innings. After restricting Bangladesh 'A' team by 231 runs.

Bangladesh 'A' team resumed the second day with 223 runs with 1 wicket in hand. Hasan Murad, who had taken 5 wickets on the opening day took the last wicket and bowled out the opposition for 231 runs. The left-arm spinner finished with 6 wickets for 55 runs.

HP's could not start well as the opener Parvez Hossain Emon (4) and Tanjid Hasan Tamim (11) returned early to the dressing room. Then Touhid Hridoy and Joy took control and he picked up a half-century but his Hridoy was short of 3 runs to complete half-century.

Then Akbar and Anisul Islam took the helm of the team. Akbar scored 51 and Anisul 35 runs. Joy made his way to the dressing room with 73 runs in between. Rezaur Rahman and Tanvir Islam remained unbeaten at the close of the day.

Rakibul Hasan took 3 wickets and Khaled Ahmed took a couple of wickets while Rahi, Shahidul and Naeem got one wicket each.