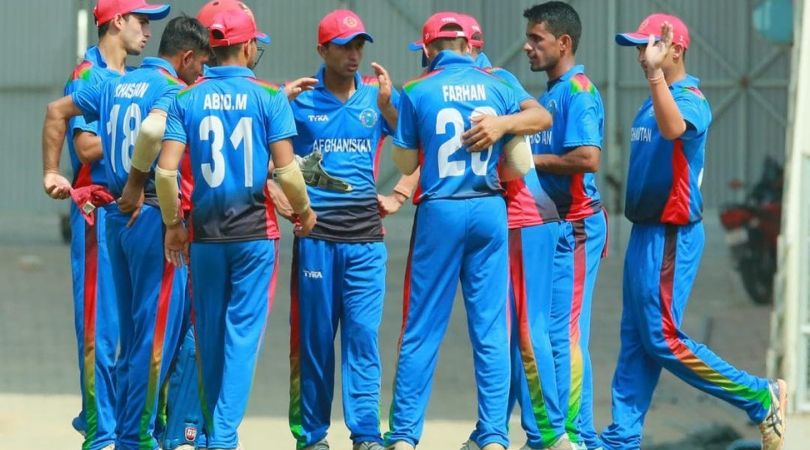 Bangladesh U-19 suffered a 19-run defeat and clinch their first win in the five-match ODI series against Afghanistan U-19 at the Sylhet International Cricket Stadium on Friday.

Chasing the target, the host managed to score 191 runs losing all wickets in 44.2 overs.

Despite a good start by the openers Mahfizul Islam and Iftekhar Hossain, amassed 52 runs for the opening stand. After the dismissal of Iftekhar for 18 runs, Mahfijul returned for 26 runs.

The last-match hero Aich Mollah, who scored a century in the third ODI, returned for naught. While Khalid Hasan (23) and Abdullah Al Mamun (21) played brief innings for the side.

Then Tahjibul Islam tried to rescue the side hitting a half-century and remained unbeaten on 50 off 75 deliveries. He played along with the others departing on the other side. Bangladesh needed 20 runs when Mushfiqur Hasan, who was on the non-strike, was mankad by Nangeyalia Kharote which gave the Afghans an adorable victory.

Shahidullah Hasani, Izharullhaq Naveed and  Kharote took a couple of wickets for the visitors.

Earlier, Afghanistan opted to bat first as they made 210 runs losing eight wickets in the allotted overs.

Mohammadullah Najibullah scored the highest 60 runs for the visitors. While Suliman Arabzai scored 43 runs and the skipper Kharote played a brief knock of 27 runs.

Mohiuddin Tareq scalped a couple of wickets and Mushfik Hasan, SM Meherob, and Mamun took one wicket each for Bangladesh U-19.