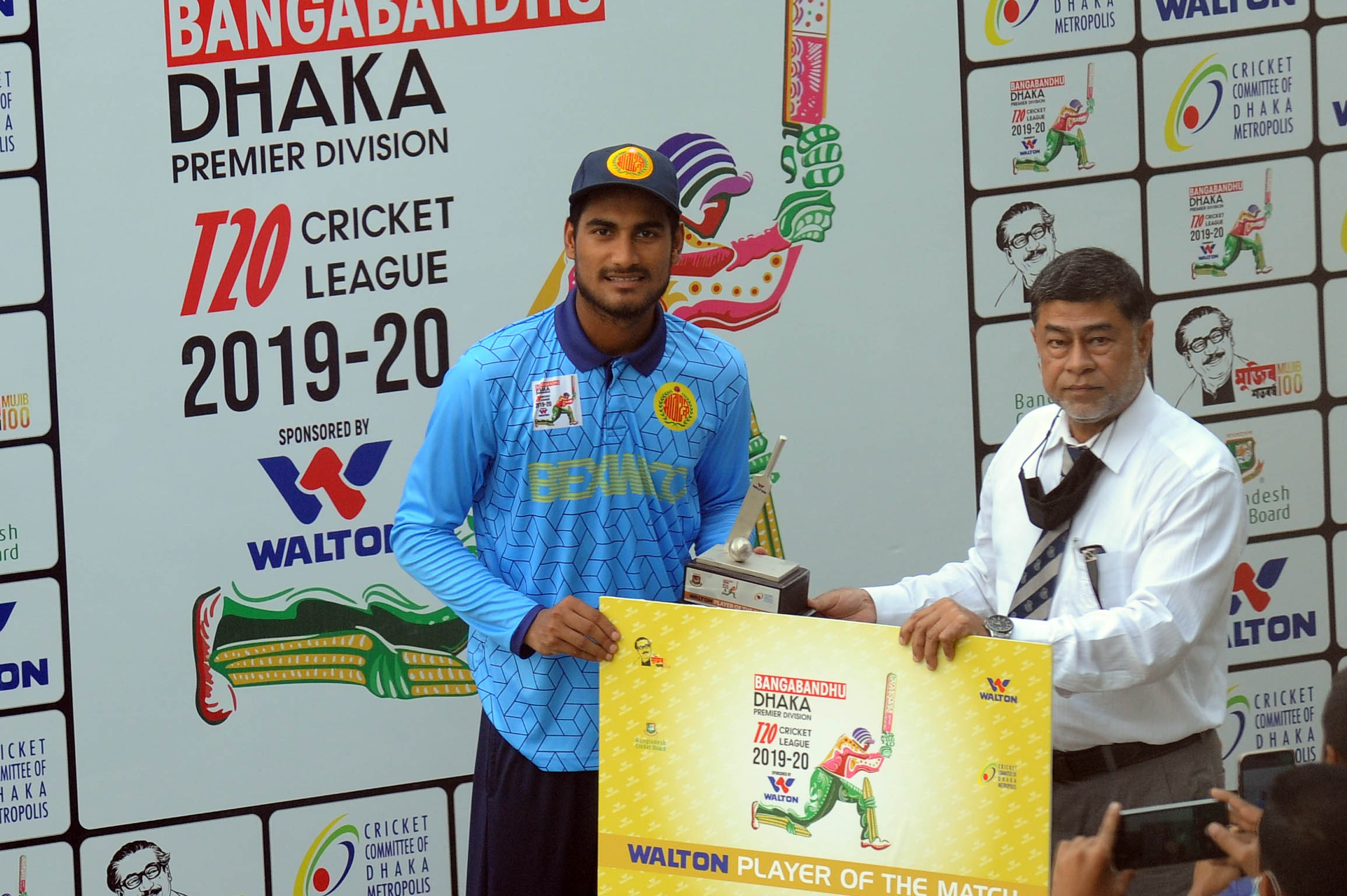 Chasing down the target of 183 runs, Shinepukur scored 123 runs losing five wickets in 17 overs. The opener Rahmat Ali returned for a naught and then Tanzid Hasan and Robiul Islam Robi made a partnership of 40 runs. Robi played an innings of 22 runs and Tanzid Hasan returned for 29 runs.

Then the captain Towhid Hridoy scored 36 runs off 32 balls strucking two sixes. While Mahidul Islam Ankon played a cameo of 31 runs off 15 balls including 4 sixes.

Earlier, Abahani batted first, the openers Mohammad Naim and Afif Hossain led to a great start for the side, putting 111 runs partnership. Mohammad Naim played a knock of 70 runs faced 50 balls aided by 4 fours and 4 sixes, he became the man of the match.

While, Afif made a half-century, scoring 54 runs off 42 balls with three fours and four sixes. Then Najmul Hossain Shanto scored 18 and Saifuddin made 14 runs.

Tanvir Islam bagged four wickets for the losing side and Mohor Sheikh got one wicket.

Brothers Union set the target of 134 for five wickets but due to rain the match was handed to Khelaghar and resulted to 5-run victory. Mizanur Rahman smashed 66 run off 61 deliveries. He was adjudged the man of the match.