People’s passion for cricket motivated me to come here: Domingo 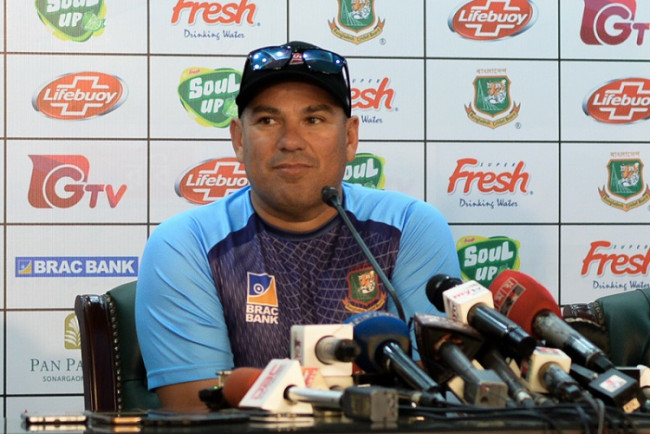 While most of the foreign coaches in the past showed reluctance to coach Bangladesh, Russell Domingo was the exception as he was too keen to get the job.

While announcing Russell Domingo as the head coach for the national team, the Bangladesh Cricket Board (BCB) president Nazmul Hassan Papon said the South African’s enthusiasm to supervise the Tigers was the key reason behind his selection ahead of others.

If there is any doubt regarding Papon’s statement on Domingo, the newly appointed coach’s first official press conference with Bangladeshi media quelled it completely.

The former South African coach himself said that he saw a massive passion of Bangladeshi people towards the cricket that brought him here in fact.

Domingo got the first-hand experience of how cricket-crazy the nation is when he visited Bangladesh for the first time in 2004. After that he toured here six more times and every time saw the passion of Bangladeshi people enhanced for the cricket.

According to his own version, he didn’t see such type of enthusiasm for cricket anywhere in the world and in South Africa it is beyond the imagination.

“I think it’s the seventh time I have been to Bangladesh, the first time I was here was during the Under-19 World Cup in 2004, which was a long time ago,” Domingo said here on Wednesday.

“The thing that strikes me each time is exactly this, the number of people that are interested in Bangladesh cricket. I’m from South Africa where, if you get to a press conference for a big game, there may be eight to nine reporters. I’ve never seen this many reporters in my life. I got to the airport and there were so many cameramen, it was crazy,” he remarked.

“So the passion has always struck me, about Bangladesh cricket. You always see people dressed up in tiger suits, the supporters at the ground, there’s definitely massive support for the team. That’s probably what attracted me to this part of the world,’’ Domingo concluded.