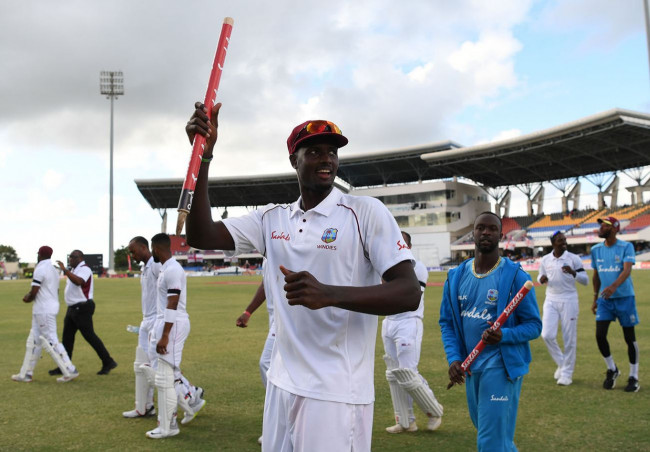 Photo: Jason Holder leads West Indies on a victory lap in the 2nd Test against England at Antigua on Saturday.

|| Desk Report ||
West Indies get a blow as they lost their captain Jason Holder for third Test against England. Jason Holder banned by the International Cricket Council (ICC) on Sunday.

Holder get the suspension for his side's slow over-rate in th second Test. The Caribbeans clinch a Test series after seven years since 2012. They beat England by 10 wickets in the second Test in Antigua on Saturday.

The third Test will kick off on February 9 in St Lucia. The hosts will face England in the final Test without their key player. Holder is the leading run-scorer in this series with 229 at an average of 114.50. He was named man of the match of the first Test after making an unbeaten 202 and taking two wickets which took him to the top of the ICC Test all-rounders rankings.

Holder also proved his worth in the second Test by claiming 4-32 that help to bowl England out for 132 in Antigua on Saturday.