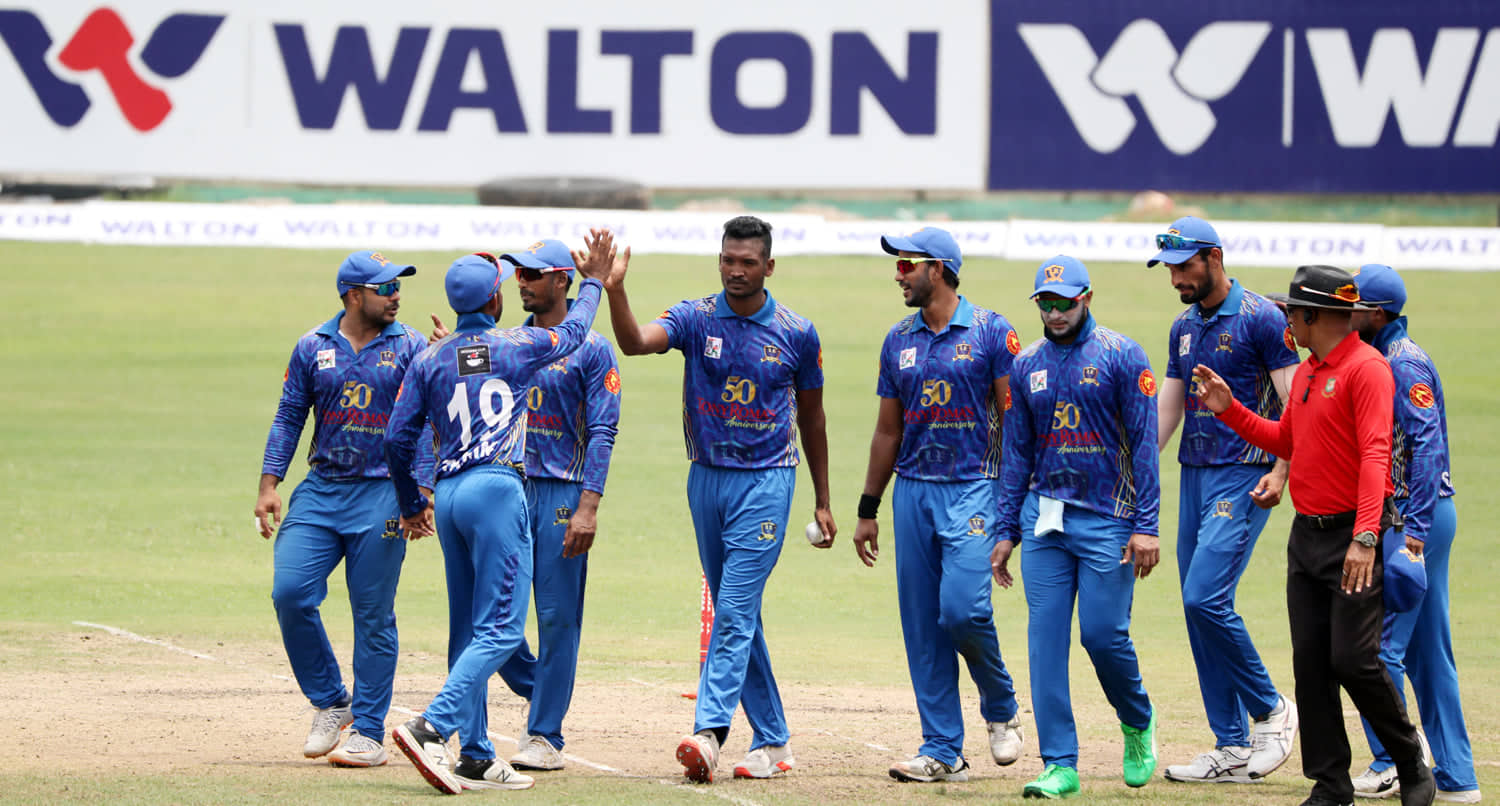 Rupganj batters chase down the per target of 117 runs losing two wickets in 25.1 overs. Raqibul Hasan Nayon played an unbeaten knock of 40 off 79 and Naeem Islam was unbeaten on 23.

Shabbir Rahman played a knock of 36 runs off 33 balls, hitting 4 fours and two sixes before getting trapped LBW by Parvez Rasool.

Sheikh Jamal was in trouble after being invited to bat first. Al Amin made the first blow by getting rid of Shykat Ali in the very first over.

Skipper Imrul Kayes top-scored with 50 runs, was the only batter to play on a high note, despite Mushfiqur scoring 25 off 48 and Nurul Hasan Sohan managing to cross double digits.

Al Amin scalped six, conceding 31 runs with one maiden in his 8.4 overs. Chirag Jani picked up two wickets and Mashrafe Mortaza got one wicket for Rupganj.