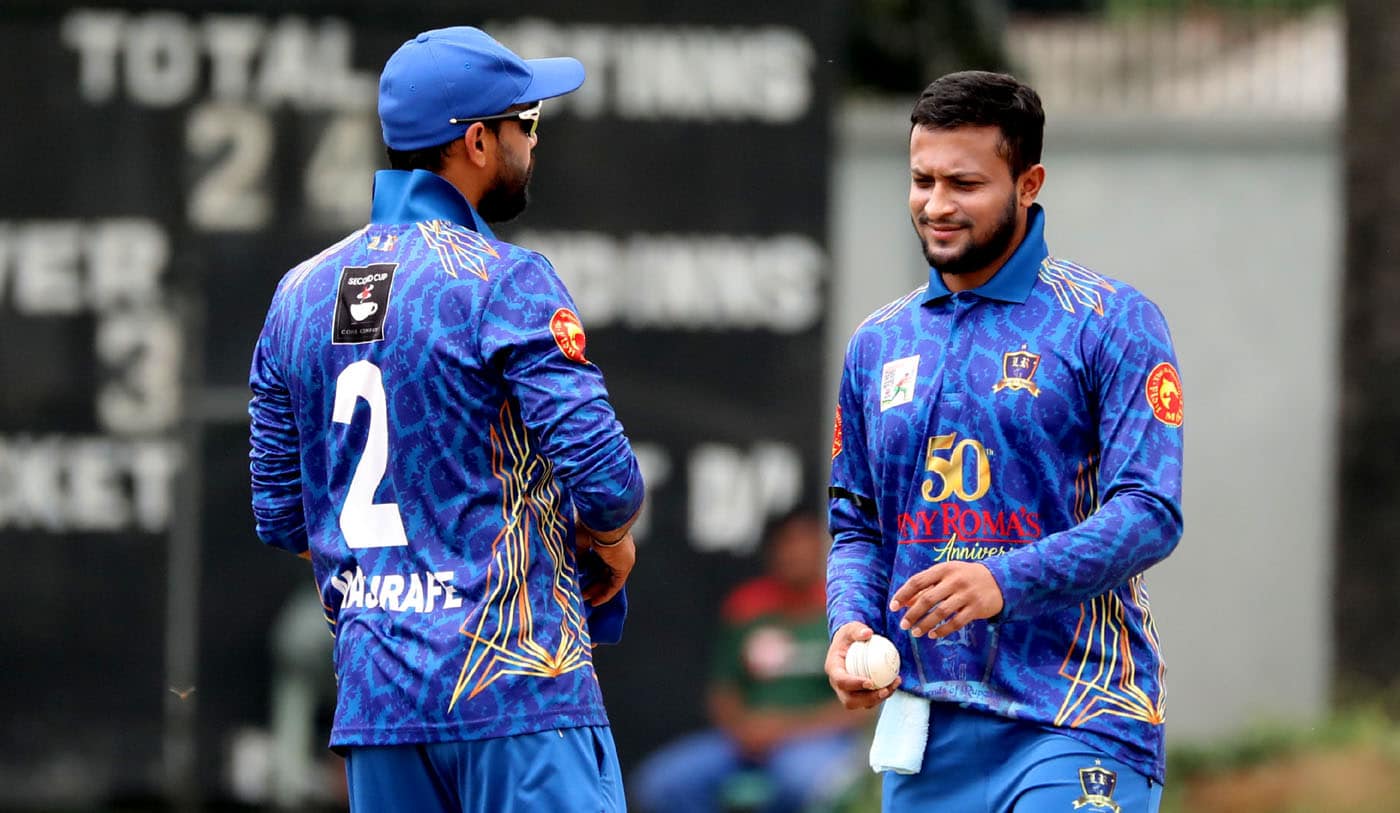 Shakib Al Hasan, premier all-rounder, had a successful opening match in the Super League portion of the Dhaka Premier League (DPL), earning 2-19 in his seven overs.

Shakib joined Rupganj after Mohammedan Sporting Club failed to qualify for the DPL Super League. The great all-rounder, on the other hand, chose to participate in the league in order to obtain some playing time ahead of the two-match Test series against Sri Lanka.

Prime Bank Cricket Club, which was bolstered by national opener Tamim Iqbal, was his opponent in his first match. Tamim was also playing in his debut DPL encounter.

However, Tamim, Bangladesh's ODI skipper, failed to impress. Despite the fact that he started the game with a bang, opening the scoring sheet with a six, he got out for 8 by Shakib Al Hasan.

Shakib then took Nasir's wicket to end with two wickets in a match that was trimmed to 33 overs due to the wet outfield at BKSP.

Prime Bank was bowled out for 152 runs in 31.2 overs. Chirag Jani and Mashrafe Bin Mortaza, the captain, each captured two wickets. Anamul Haque Bijoy resumed his hot streak with a 91-ball-73, his seventh half-century in the league to go with his two hundreds.