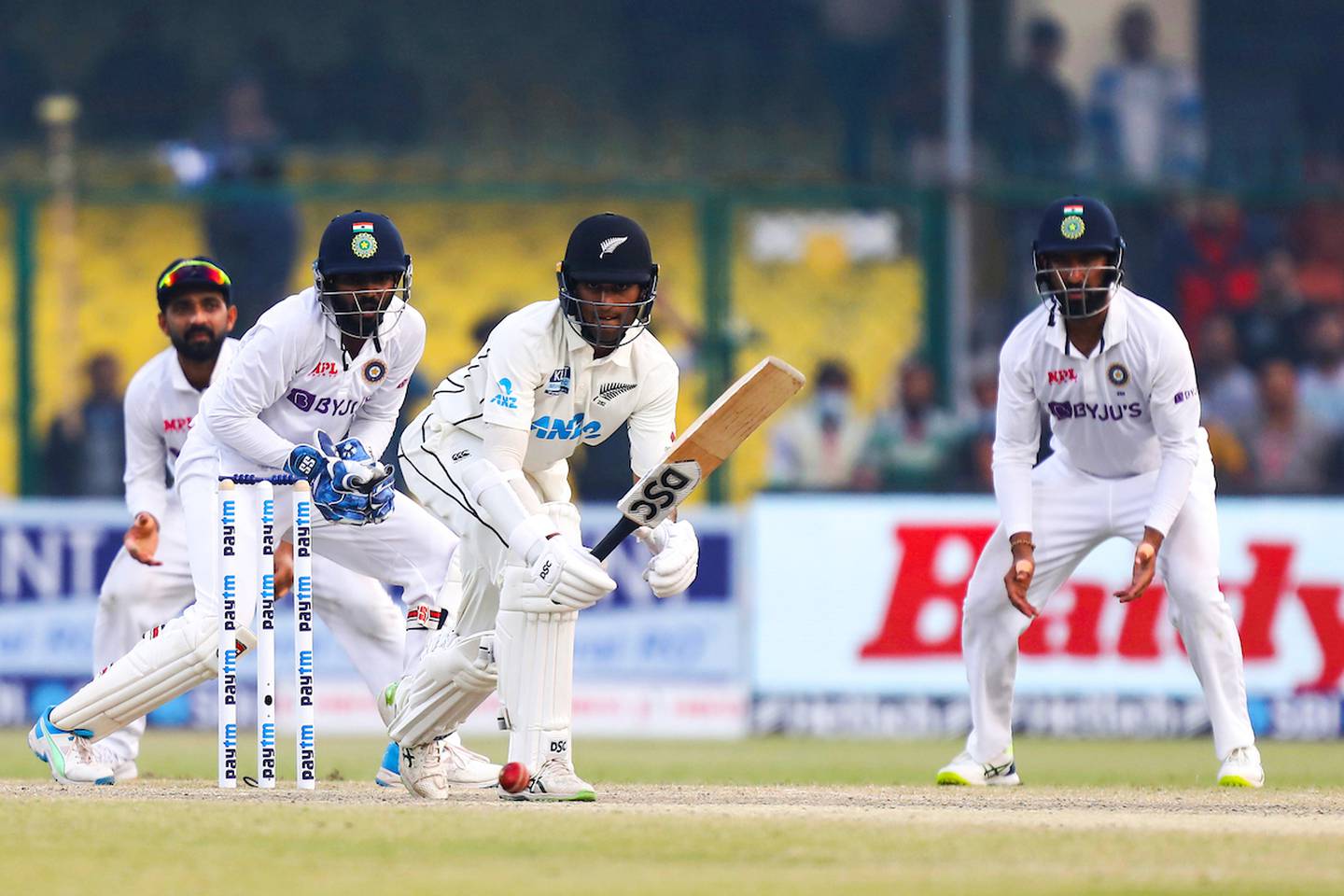 Rachin Ravindra became an unlikely hero for New Zealand with solid defence and the ability to soak in the pressure in his debut Test, and has been hailed as an all-round package.

The 22-year-old stood firm with the lower order and finished with Ajaz Patel in a final-wicket stand that survived the final session's 52 balls to deny India a win.

Ravindra remained at the non-strikers end when Patel, a fellow Kiwi player of Indian origin, played the final six balls of the match from spinner Ravindra Jadeja before umpires called off the game due to bad light.

"Taking in the crowd and how loud they were and all the fielders around the bat is the kind of stuff you dream about as a kid," said the Wellington-born Ravindra, whose father migrated to New Zealand from Bangalore.

"You watch Test matches like that, and that's where your heroes and idols are made. Quite nerve-wracking, (but we) somehow managed to keep our nerves together which was a pretty special feeling.

"And being able to come out with a draw was incredible. Those sort of moments I will never forget."

Skipper Kane Williamson hailed Ravindra as an "all-round package" after the draw, but the cricketer had shown early promise when he broke into the New Zealand under-19 team as a 16-year-old.

Taking up the sport at a young age, Ravindra was supported at home by his father Ravi Krishnamurthy, a software system architect who played some cricket in Bangalore.

Krishnamurthy founded a cricket club in New Zealand -- Hutt Hawks -- to take players on tours to help them expand their experience.

Ravindra said nothing would have been possible without his parents.

"They are really proud. They are obviously trying to say to me 'try to stay level and everything', which is a nice little reminder," Ravindra said.

"But I wouldn't be where I am today without their sacrifices. Still a very long way to go hopefully in my career and I know they would keep supporting me all the way."

"I have known him for the last five years now. I played my first first-class game with him. It was cool to have him there and talk about things and lean on each other," said Ravindra, who has played six Twenty20 internationals for New Zealand.

"And he has been a mentor for me, especially with bowling he has helped me a lot, and being able to share that moment with him was amazing."

Ravindra's entry into the dressing room after the thrilling draw was met with praise from Williamson and Ross Taylor.

"Guys that I have idolised and seen playing cricket for a long time, to be able to share a change room and chat about the game was amazing."

Ravindra's first name -- Rachin -- is a mix of Indian greats Rahul Dravid and Sachin Tendulkar and both are an inspiration to the Kiwi.

Tendulkar praised the efforts of Ravindra and Patel in what he called a "fascinating" Test.

"Both teams fought hard to come back into the game," the former captain wrote on Twitter.

"To survive 52 balls on the last day of the Test was commendable. This is what makes Test match cricket fascinating."

The second Test starts in Mumbai on Friday.