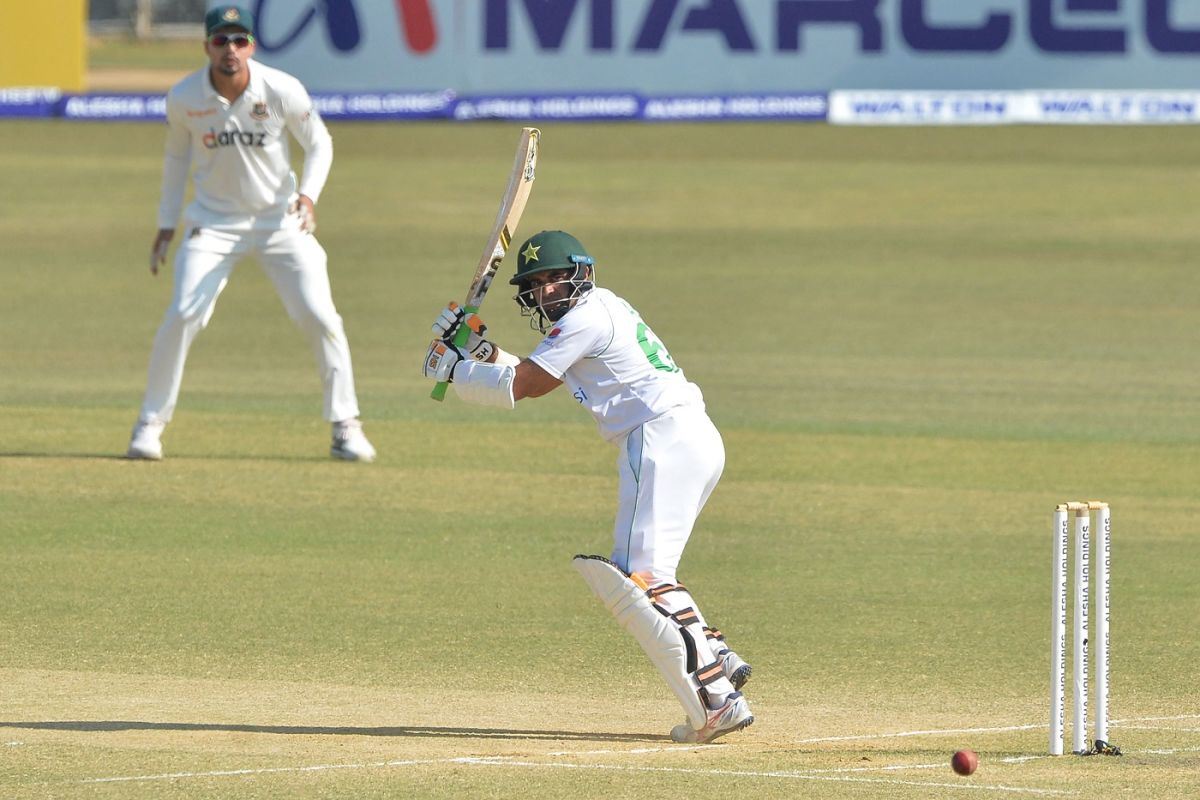 Pakistan comfortably beat the host Bangladesh by 8 wickets in the first Test of the two-match Test series at the Zahur Ahmed Chowdhury Stadium, Chattogram on Tuesday.

Pakistan skipper Babar Azam (13) and Azhar Ali (24) guided the side after the wicket of the overnight batters Abid Ali and Abdullah Shafique.

In chase of a modest 202-run target, Pakistan openers Abid and Shafique struck unbeaten fifties to help the visitors put 109 for no loss on the board before stumps on Monday.

Pakistan began the day at 109 for no wicket, then the opening duo ended the 151-run stand from the 42 overs on Day 5. This is only the second time ever that Pakistan's openers have put on century stands in both innings. The first was against South Africa in 2003.

Last match centurion Abid falls short of nine runs to hit a ton in the second innings, Taijul Islam pitched the ball in line of the stumps and it went straight to touch the pad while Abid was playing for the turn and ended up playing down the wrong line. He scored 91 off 148 deliveries with 12 fours.

Debutant Shafique hit a back-to-back half-century in both innings, he played a 73-run knock before getting removed by Mehidy Hasan Miraz by LBW.

Earlier, in reply to Bangladesh's first innings score of 330, Pakistan were bundled out for 286 with Taijul taking seven wickets for the host.

Pakistan take a 1-0 lead into the series and rise up to the second position in the World Test Championship table where they have more than a decent chance of staying around the top two.