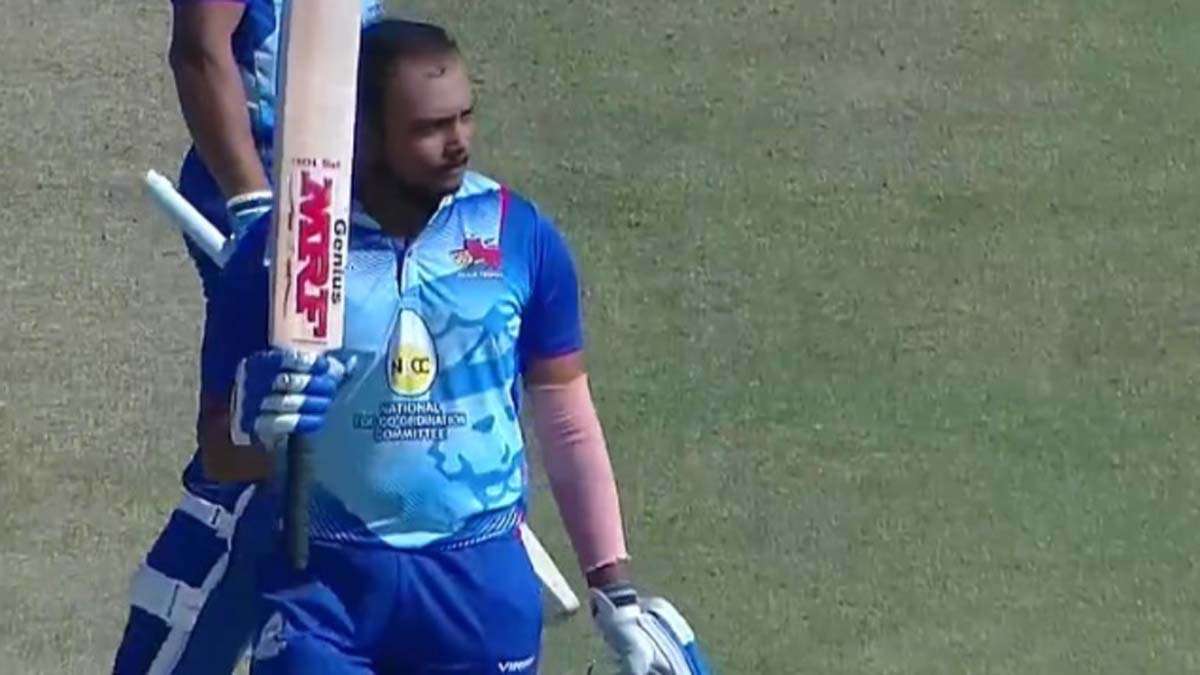 India and Mumbai opener Prithvi Shaw joined the club of double centuries in Vijay Hazare Trophy on Thursday. Shaw hits a maiden double ton in list A cricket of his career.

The right-handed batsman scored 227 off 152 balls with 31 fours and 5 sixes becoming the highest individual scorer of the tournament, surpassing Sanju Samson who had scored 212 in the 2019-20 seasons.

Shaw has 6 centuries in List A cricket, he has become the eighth Indian batsman to attain a double-century in List A cricket. The record is topped by Sachin Tendulkar, who was the primary batsman to attain the landmark on the highest level, who achieved this on February 24 in 2010 with Virender Sehwag, Rohit Sharma, Sanju Samson, Yashasvi Jaiswal, Shikhar Dhawan and Karn Kaushal following him.

The Mumbai opener was dropped from the Indian squad after poor performance in the Pink-ball Test against Australia. However, this was an impressive comeback from the 21-year young gun.