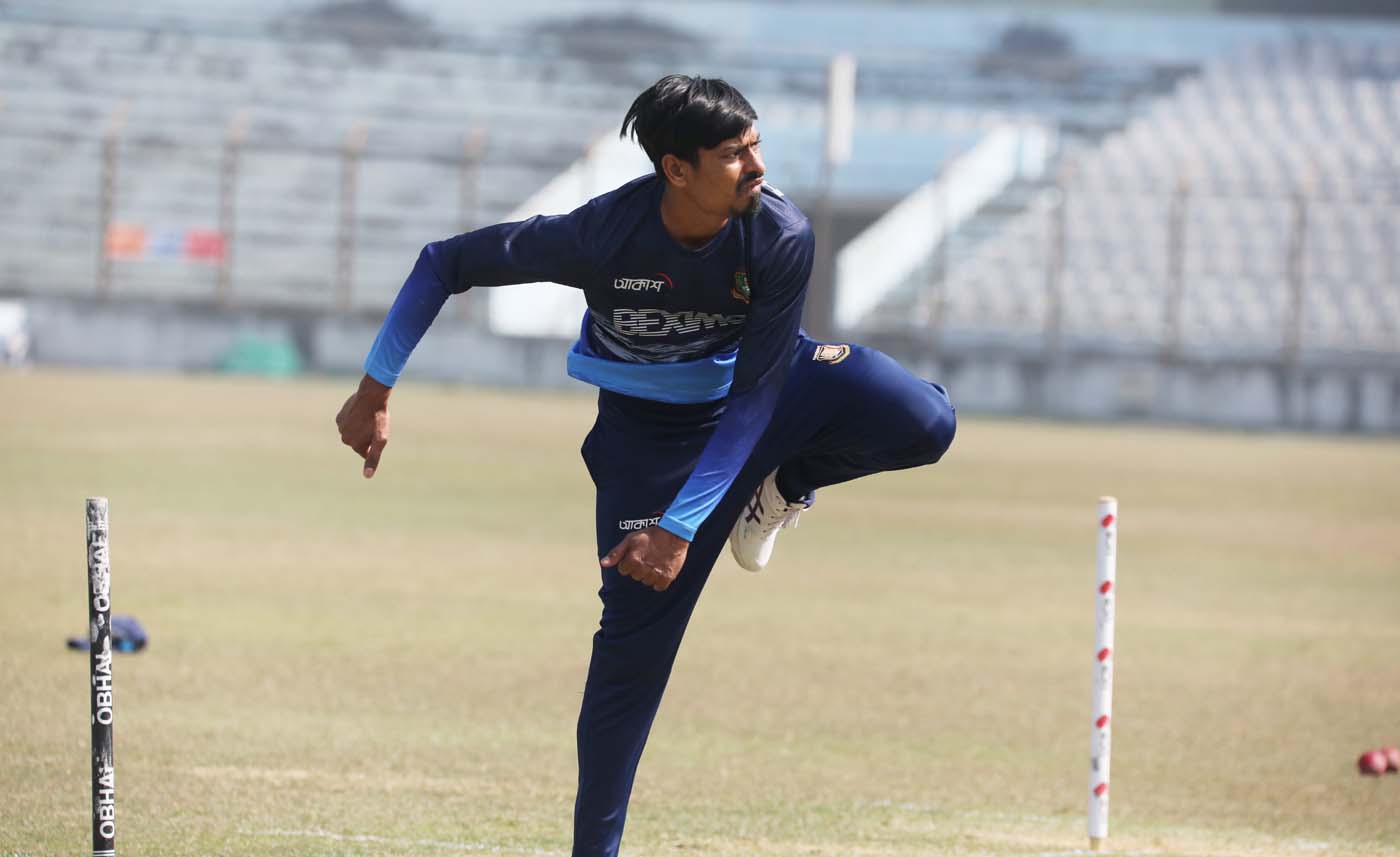 Bangladesh left arm spinner Taijul Islam is planning to form a partnership with Ace Shakib Al Hasan and other spinners in the upcoming Test series against the West Indies. The 28 years old spinner wants use Shakib’s advice on pitch before he says anything.

Premier all- rounder Shakib Al Hasan has been leading the bowling team of Bangladesh Test team since 2008. Taijul Islam has been his partner for a long time. Taijul believes Mehidy Hasan Miraz and Nayeem Hasan will form good pairs with him and Shakib.

“When Shakib Bhai is with us, he helps the spinners a lot. Shakib Bhai understands in advance which movement the batsman is in. And he shares that with us. I will say that I build a good pair with Miraz, Nayeem and Shakib Bhai In Sha Allah. We will try to do better. I have gained lot of lessons from Shakib Bhai, so I will try them. It turns out that I will try to do that before Shakib Bhai says anything.” said Taijul on Thursday.

Taijul made his Test debut in 2014 against the West Indies. The left-arm spinner wants to prove his 6-7 years of experience in this series.

“I have been playing for 6-7 years already. The experience that I have, what I feel during the test on or off the field, I think I can help the juniors or share as much experience as I have. I think if I share, their development will be faster.” he added.