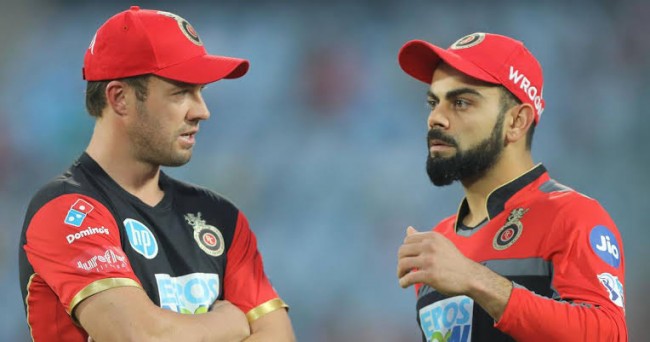 AB de Villiers also said that Kohli was inspiring much hard work heading to the IPL's start in the UAE on Saturday.

"I think everyone has bought into this hard-working environment and a lot of credit should to go Virat for that," he said in an interview posted on his team's YouTube channel on Monday.

He further added, "He leads by example, he sets the standards and it is pretty easy to follow when you have a captain leading from the front. His influence has been fantastic."

Meanwhile, the team has failed to win a single title since the inaugural season and he has finished last of the eight teams in two of the past three seasons as well. However, they will start their campaign against Sunrisers Hyderabad in Dubai next Monday.

"It's a tricky one because we say that (we'll improve) every season. (But) I promise you, 'it's different', that's all I can tell you," said de Villiers.

"I won't say we have got the best team. There is a different feel in the team that I can't explain, but it is very exciting. Looking at the combinations there is back-up everywhere. And we have options for Virat to play the best XI," he revealed.

The cash-rich T20 league is going to take place in UAE from September 19 across three venues. The 53-day tournament will conclude on November 10.