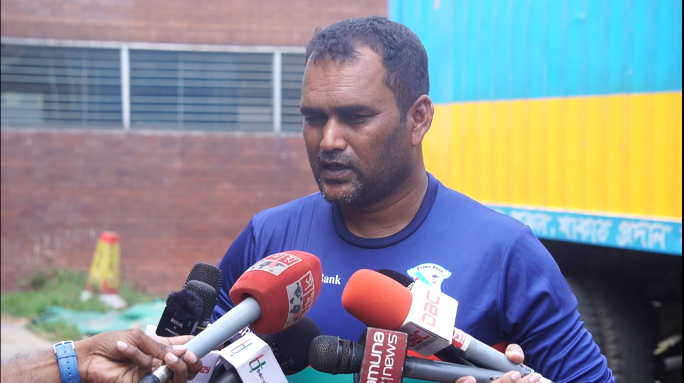 Bangladesh prominent coach Mohammad Salahuddin remarked that Bangladesh players are behind the Pakistan cricketers in terms of mindset.

In this year’s BPL, there are more Pakistani cricketers seen than any other foreign players. Almost every franchise has at least one Pakistani player on their roster. Mohammad Rizwan, Hasan Ali, Naseem Shah, Abrar Ahmed, and Khusdil Shah are among the many Pakistani players who play for Comilla Victorians.

Salahuddin also stated that Bangladesh players are not well-built for playing big shots, but their main problem lies with their mentality.

“There is one basic difference, our boys are not that capable of playing big shots. We have to admit it. But there are very few guys who can play big shots and some cricketers have different mindset. Few senior players have a different mentality. We also have two-four people, their mentality is very strong. But others are not,” said Salahuddin.

According to BPL's most successful coach, the differences are not that wary though the mentality is baiting the main problem.

“The difference is not that much. Actually, your mindset, seeing yourself on a bigger level, organizing, how to take yourself further, that is entirely a matter of your own thinking. Our boys are falling behind in this area. There has to be improvement here,” he added.