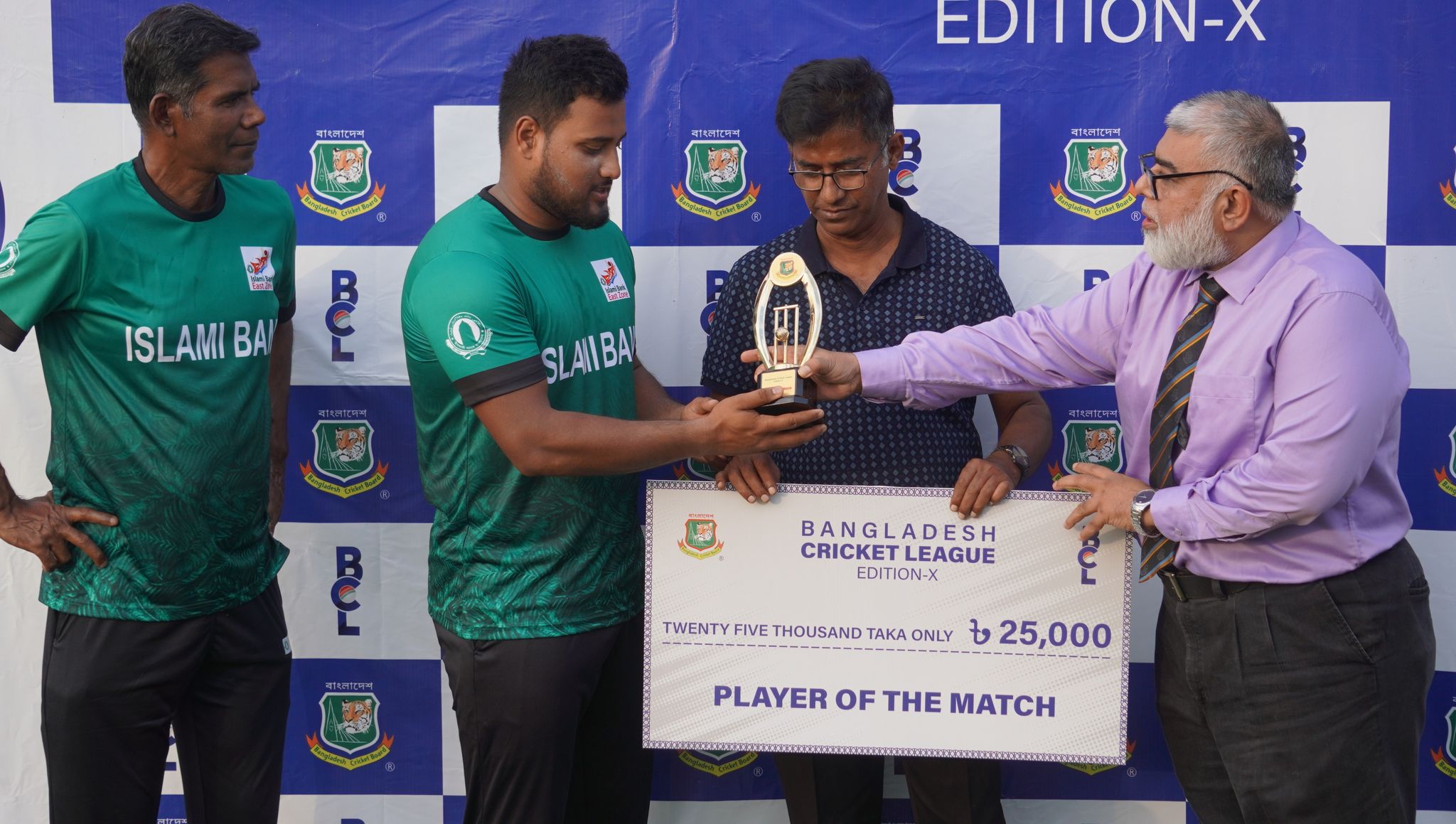 Yasir Ali came up big as Islami Bank East Zone defeated BCB Central Zone by 114 runs on Sunday at BKSP-3 ground in the first round of the Bangladesh Cricket League (BCL) one-day tournament.

In the other match of the day, BCB South Zone defeated BCB North Zone by 72 runs at BSKP-4 ground.

East Zone scored 254 before being bowled out in 49.1 overs, thanks to a 73-ball-80 from Yasir Ali Chowdhury, who hit four fours and five sixes.

His innings was key to help the side reach a respectable position after senior opener Tamim Iqbal failed miserably.

Another senior batter Mushfiqur Rahim who is the captain of the side fared well, making 44.

BCB Central Zone was unable to build any resistance and was bowled out for 140 in 33 overs. They were undone by the pacer of Ebadot Hossain who finished with 4-46 in nine overs.

Meanwhile, BCB South Zone scored 199 off Naim Sheikh and Towhid Hridoy's half-centuries before being bowled out in 43.3 overs.

Pacer Saifuddin was the main wrecker with 5-30, but his effort was hampered by the spin-web of Mehidy Hasan Miraz and Nasum Ahmed, who combined to bowl North Zone out for 127 runs in 29.3 overs.

Off-spinner Miraz ended with 5-42 while left-arm spinner Nasum Ahmed had figures of 3-20.

The highest 42 came from the willow of Shamim Patwari while Fazle Mahmud Rabbi and Shykat Ali chipped-in-with identical 26.