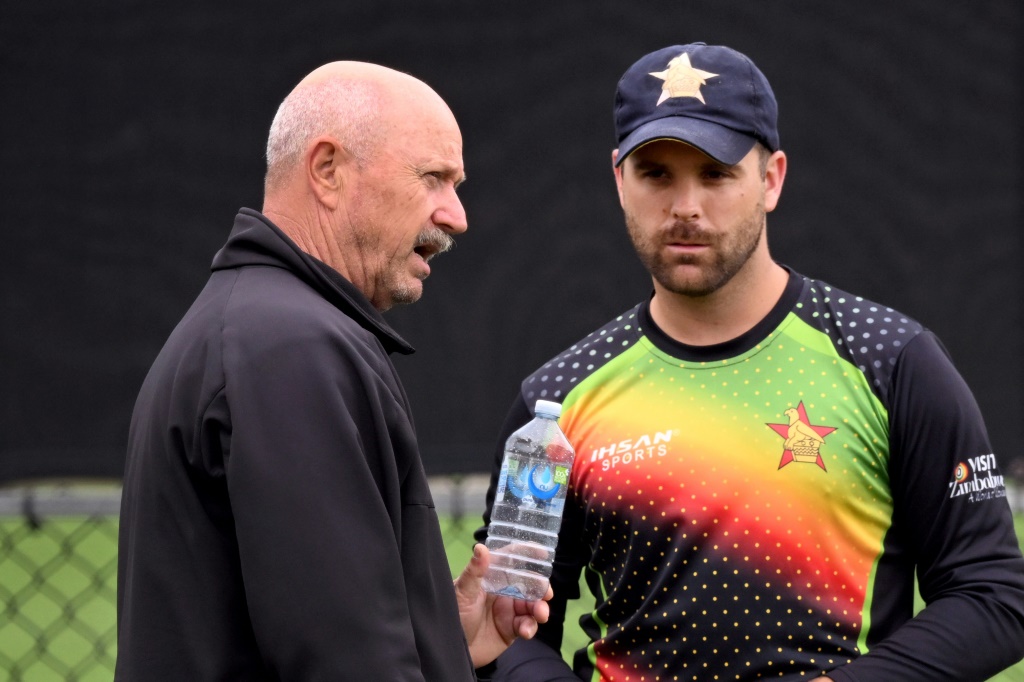 Zimbabwe coach Dave Houghton said Wednesday his side's T20 World Cup exploits had "brought the game back to life" at home after some lean years for cricket fans in the African nation.

Zimbabwe were all but knocked out after losing to the Netherlands in Adelaide on Wednesday, but not before rekindling the country's love for the game with a thrilling one-run win over Asian giants Pakistan.

Before that, Houghton's young team had romped into the Super 12 with victories over Scotland and Ireland.

"It has meant a hell of a lot not just to people at home but Zimbabweans around the world," Houghton told reporters after his team lost by five wickets to the Dutch in Group 2 at the Adelaide Oval.

"The messages that we get on a regular basis from everybody have been unbelievable.

"We've had quite a few night games in this tournament and when I get back to the hotel I'm still answering messages at four, five in the morning. It's been phenomenal."

He praised his young side for the fearless way they play but admitted their batting was an area to work on.

"We've been quite fragile with our batting throughout this tournament and it's been our bowling, fielding, catching that's kept us in it," said Houghton.

"Unfortunately, it's slowed us down in a game like this," he said.

They were all out for a below-par 117 against the Netherlands on Wednesday to follow an agonising defeat to Bangladesh by three runs.

If Zimbabwe had won either of those games it would have kept them in with an outside chance of a semi-final place before their final match against India on Sunday.

"It would have been huge if we'd won it for us because we would go on to that game with just the possibility," said Houghton.

"But since I've been in charge the last four and a half months, we've had an incredible journey.

"We've played some really good cricket and this is probably the first time that I've seen a bit of doubt creep into our game.

"So hopefully, it'll be the last time for a while as well."

Houghton said he received messages telling him his side's performances had brought smiles to Zimbabweans at home and around the world.

"They've enjoyed the fact that we are able to come out and stand toe-to-toe with some of the best and even though we have lost today, they will still have enjoyed watching us and they'll still be proud of us," said Houghton.

"So you know I said to the guys after the game: 'You guys have brought the game back to life in Zimbabwe'."