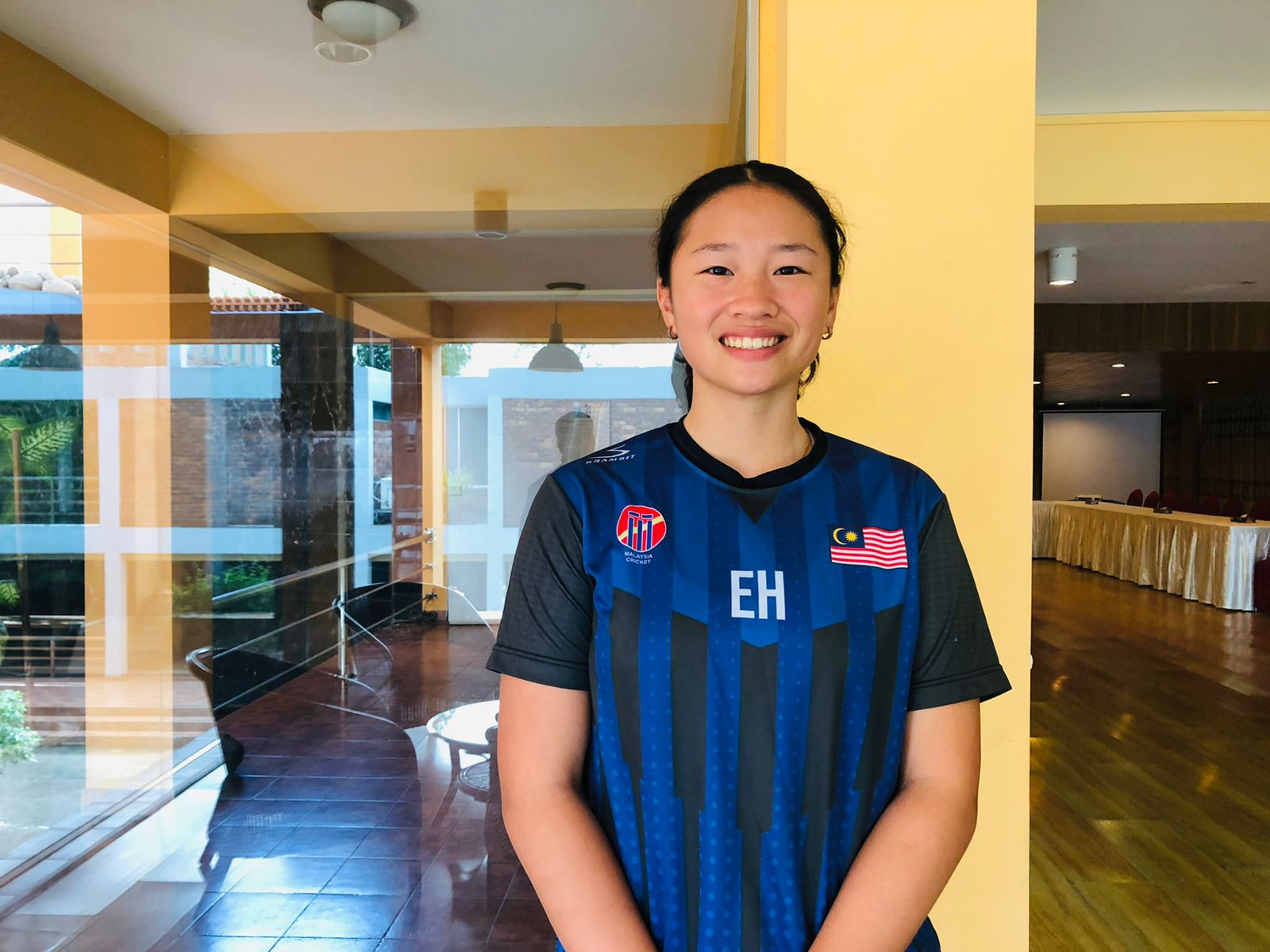 Malaysian young all-rounder Elsa Hunter is hunting for experiences on big stages like the ongoing Asia Cup at Sylhet, Bangladesh.

The underdog Malaysia have played three games and lost all the matches including India, Pakistan and UAE but the 17-years-old Hunter stated that all these are great experiences for them and for her.

“I'm enjoying it so much. We already played Pakistan and India and that's such a great experience and the environment is so good, everyone's so friendly,” Hunter says during an exclusive interview with Cricfrenzy.

“We're here for the experience. Not every team really gets a chance to play against these high-class teams. So we're going to take as much out of them in this tournament and hopefully bring it to our next games” she added.

The right-hander was born in Malaysia but lives in Australia due to her father's profession. This all-rounder fell in love with cricket while watching the 2015 World Cup at home. Since then her cricketing journey has started.

“When I moved to Australia in 2015 the World Cup was on and I was watching the World Cup and then I saw how good they were playing and it looked so fun. So then there was a cricket club across the road from my house and that's when I started joining cricket,”

“I just started playing cricket and I felt cricket, just felt the bat and then felt the ball coming off the bat and it was just such a nice feeling and that's when I realized that I really want to play cricket,” she added.

Hunter’s supportive parents saw her glow when she was competing with boys and then they gave her the full support to pursue her dreams to become a cricketer.

“They're [Her Parents] really supportive of me playing cricket because I did start off in a boy’s cricket team and that's how I developed myself. And then my parents saw the potential in my cricket because they do watch cricket. And then the boy’s team started making me captain. So then that's when my mum and dad realized that there is potential for girls who are just to start going forward. And locally there was a girl’s cricket team starting and then that's how women’s cricket in Australia and around the world has grown so much,” she said when she was recalling her journey.

Malaysia’s under-19 captain hunter chose her developing country over high facilitated Australia because of her father but wants to play in Australia’s Women Big Bash League.

“Malaysia is developing as a country and my dad sent videos to me of Malaysian cricket to see if I could play for Malaysia and then that's how it started. But if I get an opportunity to play in the WBBL, it's amazing. That's just going to improve my game and getting more experience. Especially with all the international coming into WBBL and the really high class players in WBBL,” she added.

Malaysia still have games against host Bangladesh, Sri Lanka and Thailand in the ongoing Asia Cup, which will add more experience in Hunter’s locker.