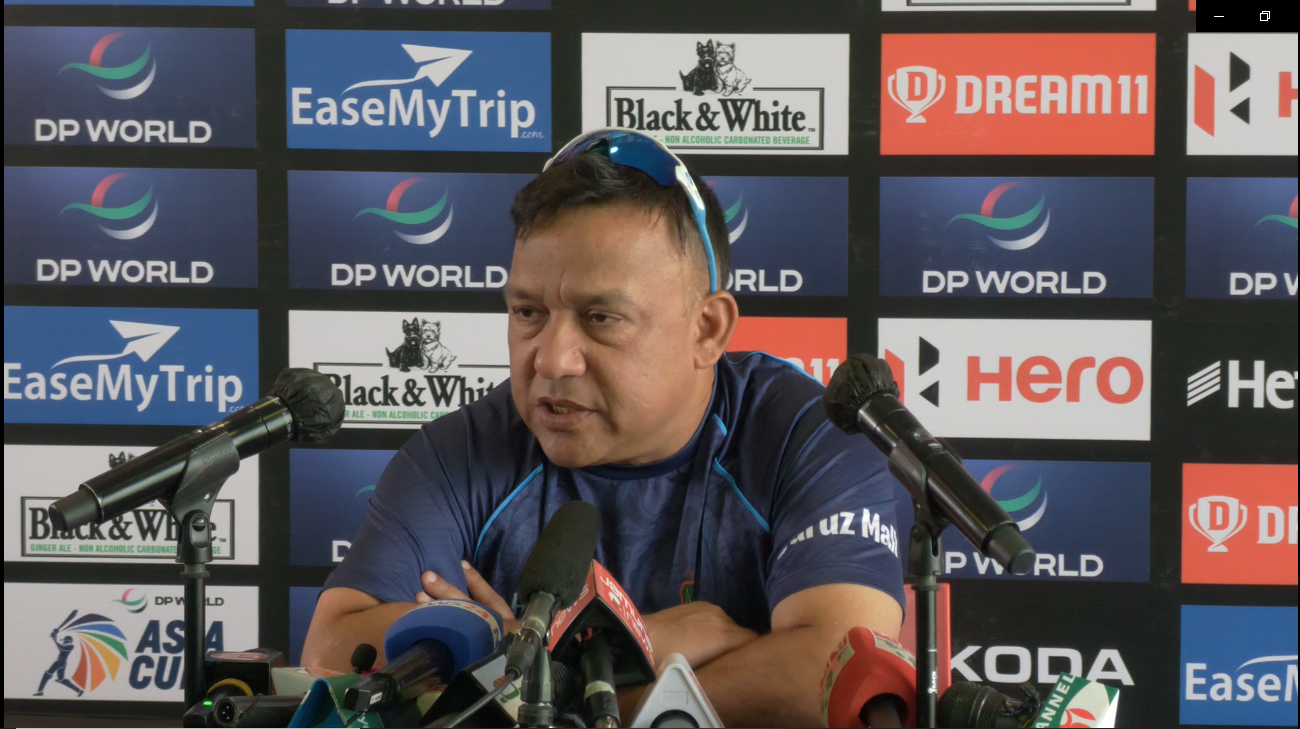 Bangladesh team director Khaled Mahmud Sujon said that Sri Lanka do not even have bowlers of the caliber of Shakib Al Hasan and Mustafizur Rahman in their ranks ahead of the two sides' Asia Cup group stage game tomorrow [Thursday].

Bangladesh will play Sri Lanka in their second Group 'B' match in Dubai tomorrow. After losing their respective matches against Afghanistan in the continental tournament, both Bangladesh and Sri Lanka are now in a do-or-die situation.

“I don't know why [Sri Lanka skipper] Dasun Shanaka said such a thing. I heard that he said Bangladesh do not have [quality] bowlers except Shakib and Mustafizur. In fact, I do not see a single [quality] bowler in the Sri Lankan side," Sujon, who is with the Bangladesh side in the UAE, said during a press conference on Wednesday.

"At least we have two [quality] bowlers. They do not even have anyone of the quality of Shakib and Mustafizur in their side," Sujon added.