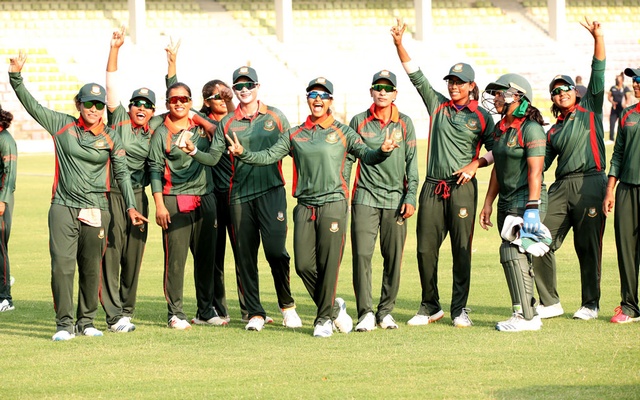 Bangladesh Cricket Board (BCB) on Friday announced a 16-member squad for the ICC Women's Cricket World Cup 2022 in New Zealand in March-April.

Nigar Sultana Joty will lead the side in the World Cup. Bangladesh have directly qualified for the 50-over World Cup for the first time in their history.

The team will start its preparation camp at the BCB NCA on 29 January.

Fast bowler Jahanara Alam has returned to the squad after missing out the qualifying tournament of the Commonwealth Games in Malaysia due to disciplinary issues.

Bangladesh women's team will start their World Cup campaign with the match against South Africa in Dunedin.

Tags: Bangladesh Women's Cricket,
Up Next