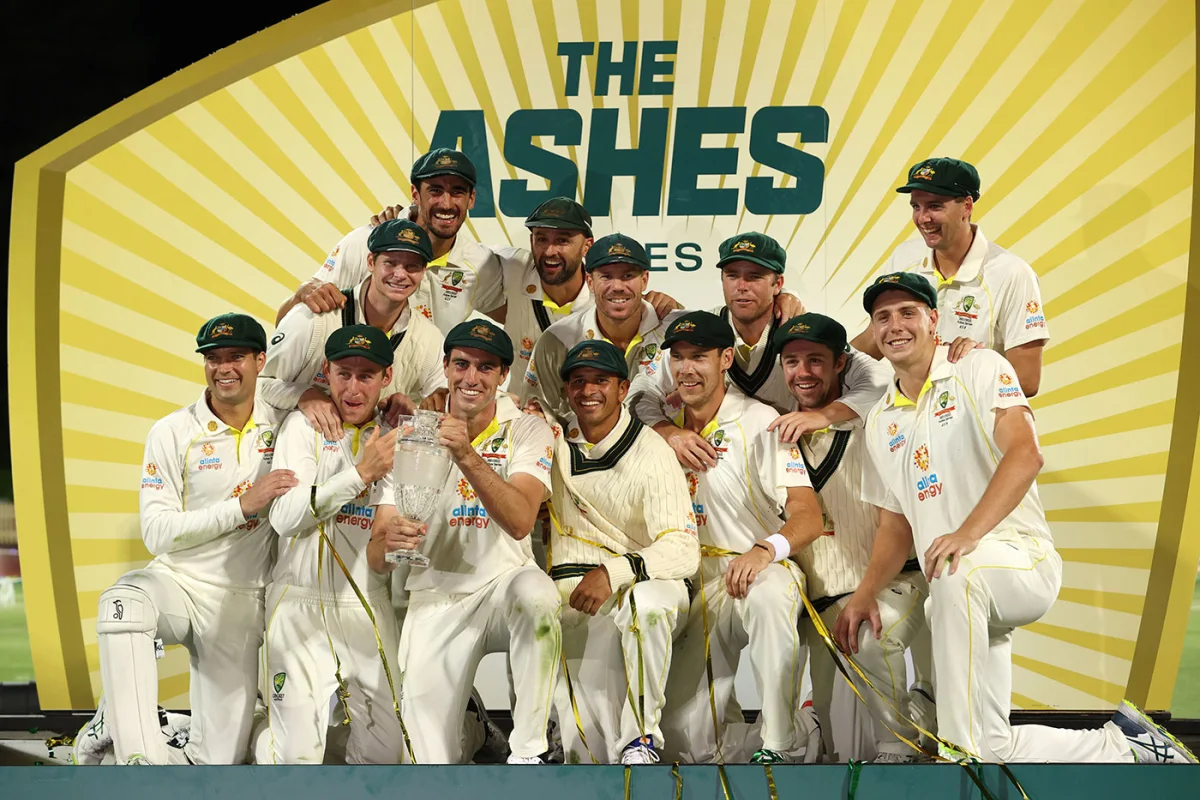 Australia defeated England to win the five-match Ashes series 4-0 under the captaincy of Pat Cummins.

Another thing that is being talked about a lot on social media is the celebrations on the podium where the players were about to pop a bottle of champagne for celebrating but the captain ensured Usman Khawaja was not showered by champagne amid the celebrations.

After being handed the trophy, the Aussie players were about to open champagne bottles in to spray it on each other.

But Cummins realized that Khawaja would not be able to be a part of all that. So, he signaled his teammates to keep the bottles away and asked Khawaja to join the trophy celebrations.

Khawaja played the last two matches of the five-Test series, returned to the stage and kneeled beside Cummins as the victorious side let out a roar posing for the cameras.

"Usman is obviously Muslim, so he doesn't like the champagne being thrown. I just made sure he got up there and no champagne was thrown," Cummins told reporters.

Khawaja posted footage of the moment on social media and praised his teammates for keeping him included.

"If this doesn't show you that the boys have my back, I don't know what will. They stopped their normal champagne celebrations so I could rejoin. Inclusivity in the game and our values as a sport are so important. I feel like we are trending in the right direction,” said Khawaja.

Chasing a challenging target of 271, England were bundled out for 124 in the last session of Day 3 of the Hobart Test.