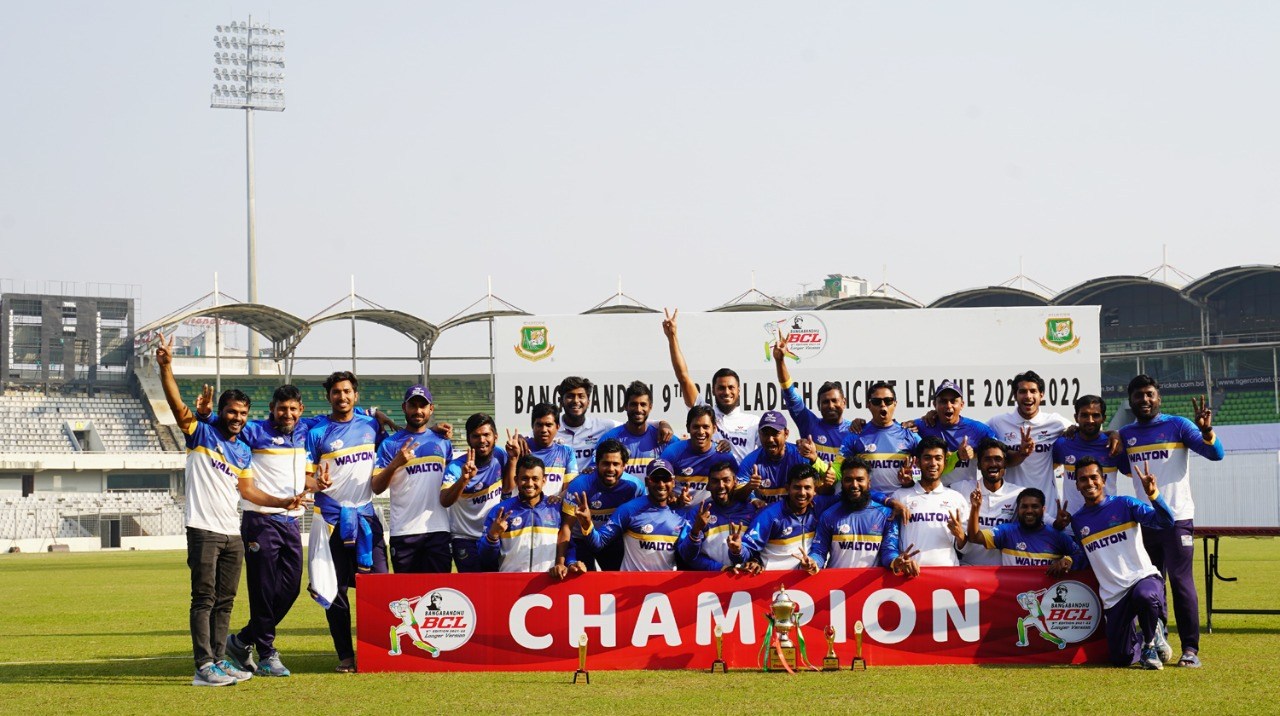 On Thursday, the last day of the highly competitive final, the Central Zone won by 4 wickets. They beat the five-time champions as the team last won the title in the 2015-16 season.

Central needed 192 runs on the fifth day to chase the target of 218 runs. Playing with 26 runs for 3 wickets, the team reached the target in the second session of the day.

The team lost three more wickets quickly at the start of the day, while Shuvagata and Jaker Ali (41 runs) took the control of the game. The two made an unbroken partnership of 153 runs.

Shuvagata left the field with a victory after scoring 114 runs from 121 balls with 2 sixes and 13 fours. In the first innings, the Central captain played an innings of 116 runs.

He had paired with Mohammad Mithun for 283 runs, Mithun scored a double century there and helped to post a big total in their first innings.