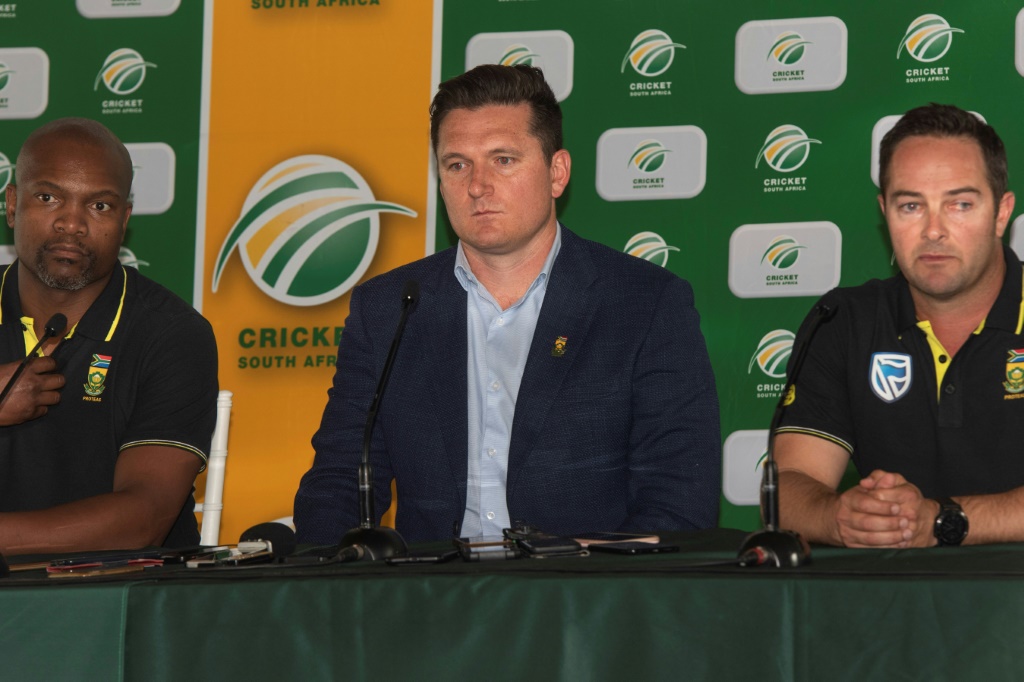 The announcement came just six days before the start of a high-profile Test series against India.

Smith, CSA's director of cricket, played a key role in the negotiations that led to India agreeing to tour despite a spike in coronavirus infections in the host country, while Boucher is the national team's head coach.

Both men will remain in their positions until the hearings, to be conducted by independent legal professionals, have been concluded.

Former Test stars Smith and Boucher, along with now-retired batsman AB de Villiers, were implicated in a report by Social Justice and National Building (SJN) ombudsman Advocate Dumisa Ntsebeza of acting in a "prejudicial or discriminatory manner".

CSA acknowledged that Ntsebeza's findings, which also implicated several other people, were "tentative" and that the ombudsman had said in his interim report released last week that he could not make definite findings.

"The Board has decided to institute formal enquiries into CSA employees, suppliers or contractors who are implicated by the SJN report," read the CSA statement.

"The Board has done so mindful of its duty to treat allegations of racism or discrimination with the utmost seriousness and in a manner that ensures fairness and due process in terms of South Africa’s labour legislation and the Constitution."

CSA chairperson Lawson Naidoo said: "We hope this will give implicated parties a fair opportunity to be heard so that finality can be achieved, and any final findings can then be acted on."

Ntsebeza's findings were criticised by David Becker, Smith's lawyer, in a statement issued on Friday.

"Some of the findings are entirely questionable and without any basis," said Becker, who claimed Ntsebeza had ignored "important parts of the evidence" submitted by Smith and other implicated persons.

Becker also queried why the evidence submitted by complainants at the SJN hearings had not been tested and why witnesses had not been cross-examined.

With race being a sensitive issue in South Africa, the appointment of white males Smith and Boucher ahead of black candidates has been a subject of controversy since both were appointed in 2019, despite them having played in more than 100 Test matches.

Smith's contract ends in March next year while Boucher was appointed through to the end of the 2023 Cricket World Cup.