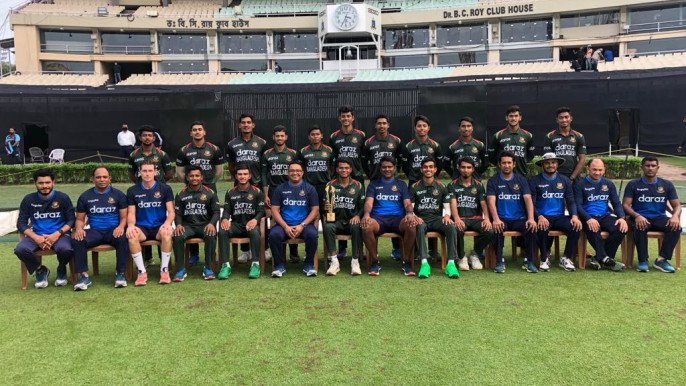 The Asian Cricket Council (ACC) on Tuesday announced the schedule for the Under-19 Asia Cup which is set to begin in UAE.

Bangladesh will play in the 'B' group with Sri Lanka, Nepal and Kuwait. Group A includes India, Afghanistan, Pakistan and the host United Arab Emirates.

Bangladesh's Asia Cup mission will begin on 23 December 2021 with the match against Nepal.

Following that, they will play against Kuwait on 25th and Sri Lanka on December 28 in the group stage.

All the matches of Bangladesh will be held at Sharjah Cricket Ground. At the end of the group stage, the top two teams from each group will advance to the semi-finals.

The two semi-finals will be held on December 30 at Sharjah and ICC Academy Ground 'One'. The final of the Youth Asia Cup will be staged on December 31.

The Bangladesh side will travel to the UAE on 20 December for the Asia Cup and will fly to the West Indies from Dubai for the U-19 World Cup.