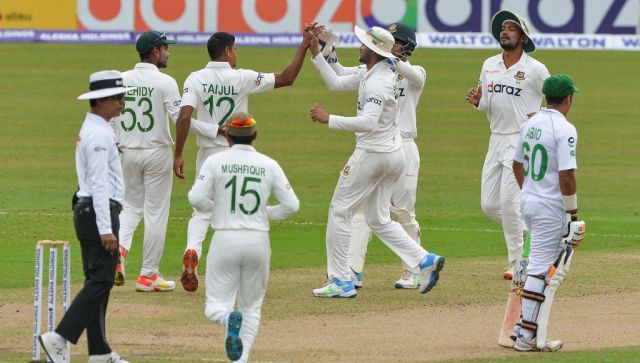 Bangladesh's fielding coach, Mizanur Rahman Babul, said the Tigers were highly optimistic and wanted to even the series after the defeat in Chattogram Test.

The Tigers were eager to bounce back in the Mirpur Test but due to continuous rain, the second day of the Dhaka Test was washed away. Only 6.2 overs were played as Pakistan managed to add 27 runs to their overnight total.

"The body language and mindset of the players were positive despite the loss in the T20I series. We were in a position to win in Chattogram. There were some great performances. If you look at the stats, Mominul has a great record there. One good innings from him and we could've drawn that match," said Babul.

"We are still playing with a positive mindset which is evident in our practice sessions, body language and mindset. We desperately wanted to avenge the Chittagong loss but the weather did not allow that," he added.

The fielding coach feels the fast bowlers are losing confidence while attempting to perform extraordinary feats in order to take wickets.

"Pakistan's pace bowlers are dominating and taking wickets. Our fast bowlers are trying to do something out of the ordinary to pick up wickets and in the process losing confidence," he added.