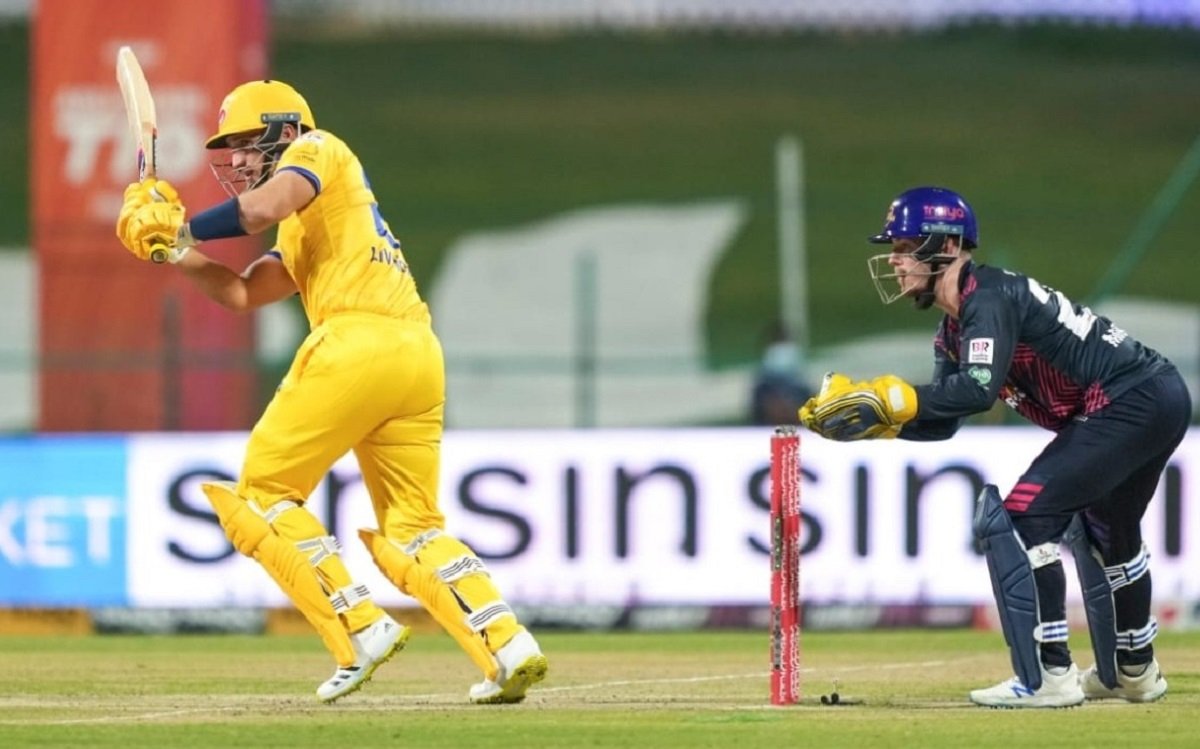 Captain Liam Livingstone led the way with the bat as Team Abu Dhabi defeated Deccan Gladiators by 8 runs in the Abu Dhabi T10 on Monday.

After Team Abu Dhabi posted a total of 125/4 in their 10 overs, the Deccan Gladiators couldn't find a way to bat at the required rate and eventually fell short of their target.

Sheldon Cottrell dismissed Tom Kohler-Cadmore on the very first ball of Deccan Gladiators' innings, but Tom Moores made his intentions clear when he hit Marchant de Lange for two boundaries and a six in the second over, taking Deccan Gladiators' score to 21/1.

However, Moores fell shortly and Anwar Ali took the responsibility of getting to the team's target. He smashed Liam Livingstone for two sixes in the fourth over and scored 18 runs along with David Wiese off Danny Briggs' bowling in the sixth over, taking the Gladiators to 76/3. However, Marchant de Lange completely tilted the match in Team Abu Dhabi's favour when he dismissed Anwar Ali and Andre Russell in the eighth over.

Team Abu Dhabi put more pressure on their opponents by carrying out two run outs in the next over, but Wanindu Hasaranga kept the Gladiators in the game by striking a six and a four off Naveen-ul-Haq's bowling, leaving his team with 15 runs to get from the last over.

Jamie Overton bowled a fantastic final over and restricted the Gladiators to 117/8.

Earlier, Captain Liam Livingstone single-handedly took Team Abu Dhabi to an imposing total in their 10 overs. Coming into bat at 13/1, Livingstone played a fantastic innings of 59 runs from 24 balls, laced with 3 boundaries and 6 sixes.

Philip Salt started Team Abu Dhabi's innings in magnificent fashion, smashing Captain Wahab Riaz for three consecutive boundaries on the first three deliveries of the innings. He smacked two more boundaries in the next over before being bowled out by Odean Smith in third over. However, Livingstone rode on the momentum set by Salt and struck consecutive sixes off Odean Smith's bowling in the fifth over.

The skipper plundered 20 runs off Tymal Mills' bowling before being dismissed on the last delivery of the ninth over. Team Abu Dhabi scored 12 more runs in the last over and recorded a total of 125/4 in their 10 overs.