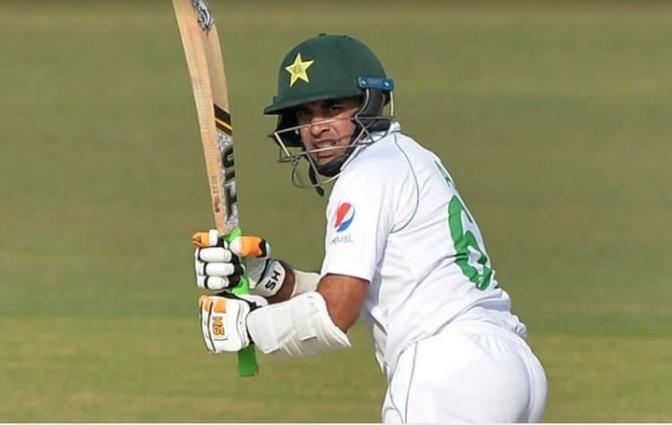 In the first Test against Bangladesh, Pakistani opener Abid Ali believes he and his opening partner, debutant Abdullah Shafique, have established a good position for their team.

Pakistan got off to a good start with the bat of Abid and Abdullah as they concluded Day 2 with a score of 145-0 in response to Bangladesh's 330.

Opener Abid remained not out on 93 at stumps and expressed confidence of adding many more runs in his so far chanceless innings, while Abdullah walked off after scoring 52 not-out.

“I and Abdullah planned to stay at the crease for as long as we can. With this score, Pakistan has got into a strong position, just we need to carry the momentum tomorrow,” he said.

“Our first target will be to score 330 and then take lead. We are set on the pitch and we will try to continue this temperament,” he added.

Earlier on the day Bangladesh resumed on 253/4 and looked to put on a big total but Pakistan pacer Hasan Ali, who got just one wicket on the first day, picked up four wickets in the morning session to pick another fifer.