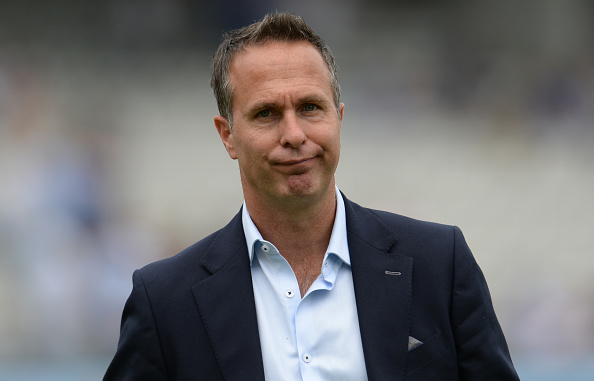 Monty Panesar has said the "blacklisting" of Michael Vaughan is a "distortion of natural justice" after the former England captain was dropped from the BBC radio commentary team for the upcoming Ashes series amid an ongoing racism row.

English cricket has been rocked by revelations of racism from Pakistan-born former Yorkshire player Azeem Rafiq.

These have included an allegation that Vaughan told the now 30-year-old Rafiq and other Yorkshire players of Asian origin that there were "too many of you lot, we need to do something about it" during a county match in 2009.

Vaughan, however, has "categorically denied" the allegation, although then Yorkshire paceman Rana Naved-ul-Hasan, a former Pakistan international, and current Yorkshire and England leg-spinner Adil Rashid have backed Rafiq's version of events.

The BBC said were Vaughan to commentate on the five-Test Ashes series, which starts in Brisbane next month, it would represent a "conflict of interest".

Meanwhile, BT Sport are examining ways to ensure the 47-year-old's commentary -- via Fox Sports in Australia -- does not appear on British television screens.

"This feels deeply unethical -- a classic case of someone being tried and convicted without any form of due process being undertaken," former England bowler Panesar wrote in a website piece published Friday by Britain's Daily Telegraph, the newspaper for which Vaughan is a columnist.

Panesar, the first Sikh to represent England, played international cricket under Vaughan and he insisted he had never known any prejudice from his former skipper.

"I only experienced positive things with him," the left-arm spinner said. "I cannot reconcile the man I know with the one who has been the subject of these allegations."

Panesar stressed he wasn't calling Rafiq a liar or absolving Vaughan from Yorkshire's failure to tackle discrimination "but that doesn't make him a racist, and does not mean he deserves to see his career and reputation torn apart".

The 39-year-old said the BBC and BT had taken the "easy option" by blocking Vaughan from broadcasting on the Ashes.

"To blacklist one of the best England captains we have produced on the basis of historic and still unproven allegations feels wrong, and a distortion of natural justice," he added.