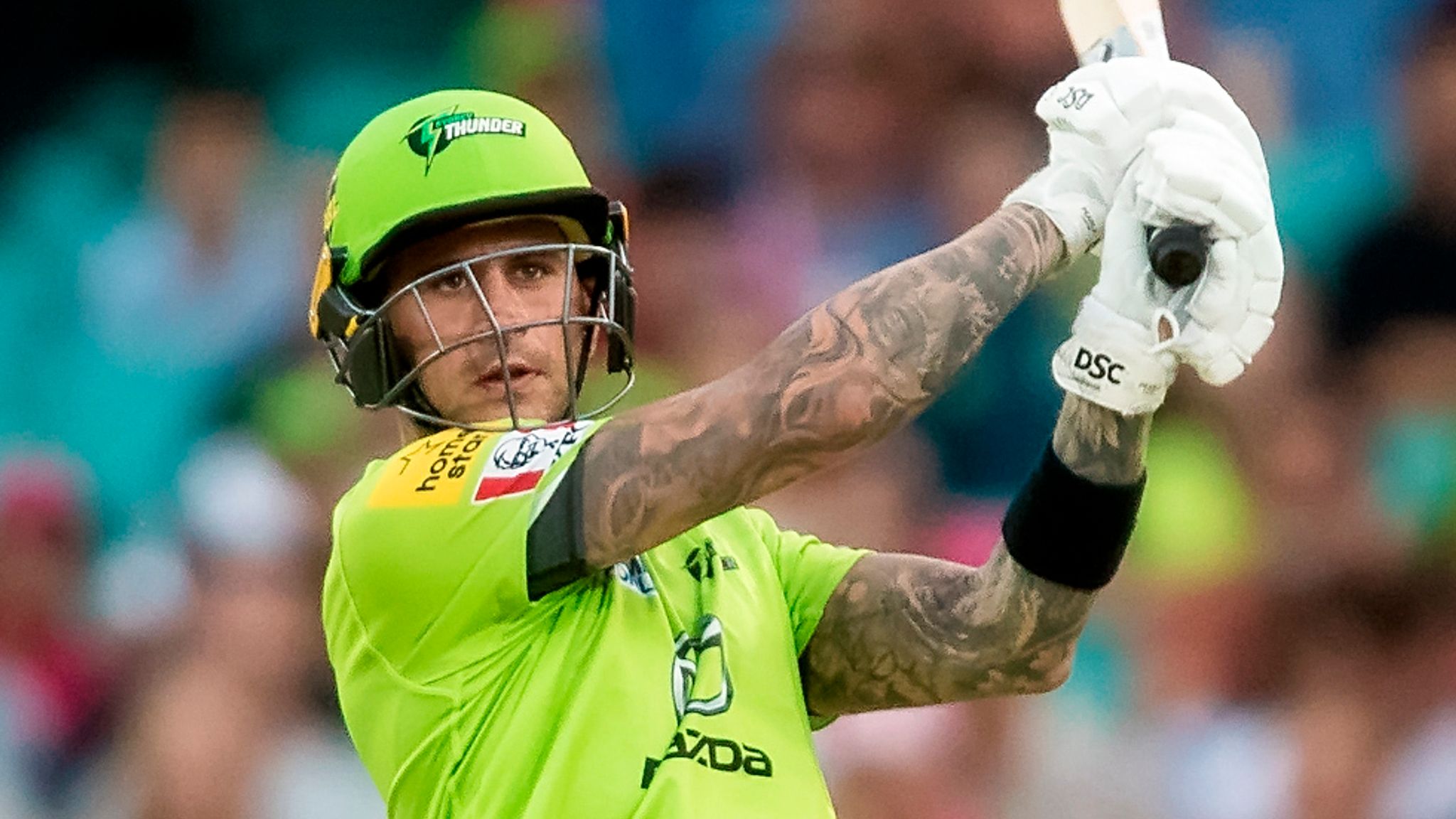 Big Bash League club Sydney Thunder plan to stick with Alex Hales despite a photo of the English batsman with his face painted black and claims he called his pet dog 'Kevin' as part of a racially derogatory joke.

The picture emerged last week in the wake of former Yorkshire player Azeem Rafiq's revelations of the career-ending racism he suffered that sent shockwaves through English cricket.

Cricket NSW chief executive Lee Germon, who oversees the Thunder, stressed that there was no room for racism or any form of discrimination in the sport.

But he added in a statement late Monday that the Australian Twenty20 side should also "accept people who have made mistakes".

"One of the hallmarks of Thunder's success is the team embraces diversity and is a club for all," he said. "If we really believe that we also must accept people who have made mistakes.

"I've spoken to Alex, I've watched his apology and have no doubt he is remorseful for the photograph and the other errors of judgement he made as a young man."

Hales has said the blackface photo, taken at a New Year's Eve party in 2009, was simply a tribute to his favourite rap artist, Tupac Shakur. But he admitted it was "disrespectful" and that he "deplored" racism.

It followed Rafiq telling a British parliamentary committee that Hales, now 32, named his black dog 'Kevin' due to cricketer Gary Ballance's use of the name as a derogatory term. That accusation prompted a "categorical" denial from Hales.

Germon said he sought the opinion of Hales' teammates and Thunder staff before giving the opener the green light to return for the new season, which starts in December.

"I've been told... he's been a tremendous teammate and ambassador for Thunder's ideals and aspirations," said Germon.

"He understands Thunder wants to provide people -- including those who are newcomers to Australia -- with a sporting team they can identify with regardless of their background.

"We want everyone who comes to a Sydney Thunder match to know it is a safe place, one of mutual respect for them and their families."

He will link up in the new campaign with former England coach Trevor Bayliss, who has taken the Sydney Thunder reins from Shane Bond.