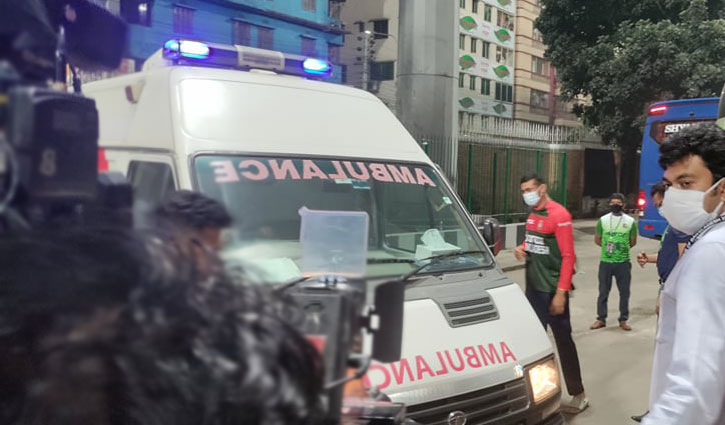 Taskin Ahmed left the field with a right-hand injury while bowling in the sixth over of the Pakistan innings. Later, however, he bowled 1.5 overs as he finished his spell with 3.1 overs and considered 16 runs.

But at the end of the match, he was taken to hospital. It is known that this pacer of Bangladesh will need stitches at the place of injury.

This fast bowler brought the danger while fielding in his own bowling. Taskin extended his right hand to stop Pakistan captain Babar Azam's drive.

Bangladesh will play the first match of the two-match Test series against Pakistan on November 26 in Chattogram. Whether he will play in the first Test due to injury is now a concern.

“Taskin's thumb is cracked. He has been taken to hospital. The doctor will see, stitches might be needed. It is now uncertain to play 26th Test match for him” confirmed by BCB doctor Monzur Hossain.