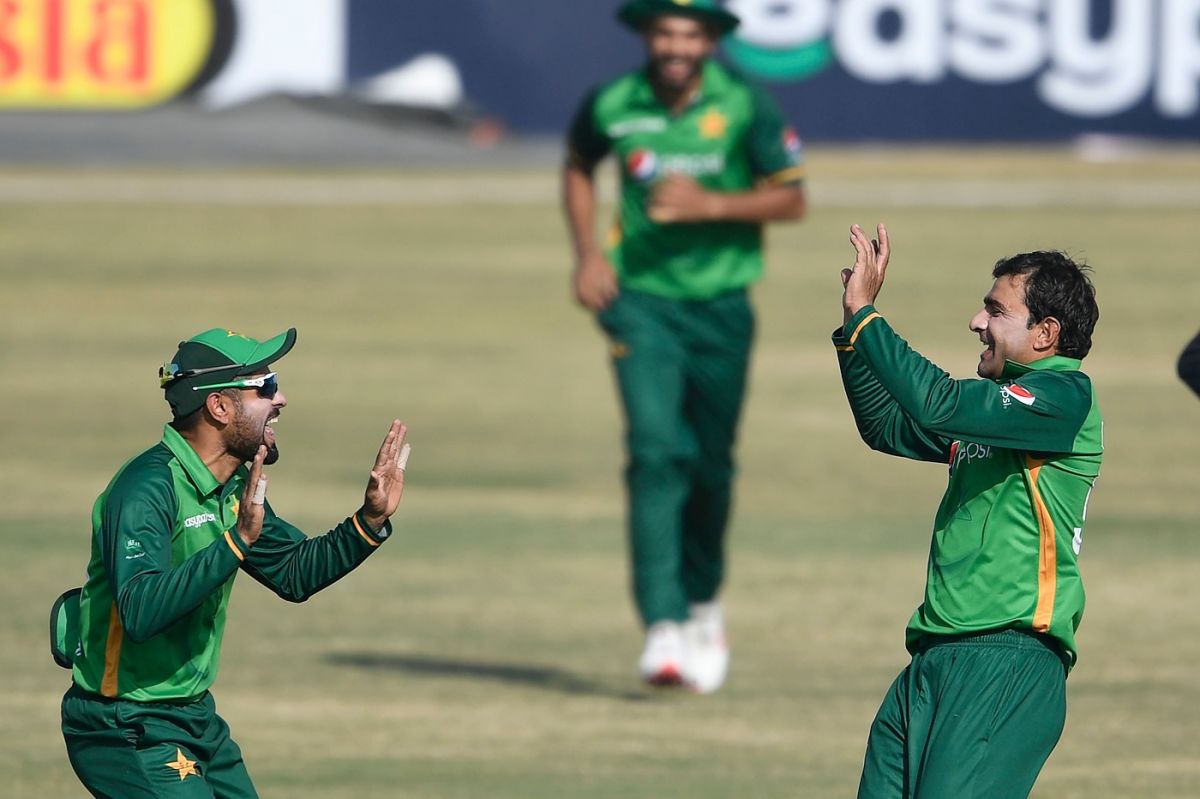 All-rounder Iftikhar Ahmed has joined Pakistan's cricket team in Dhaka ahead of their series against Bangladesh.

The Men in Green will face their subcontinent opponents in a three-match T20I series followed by two Tests.

Iftikhar Ahmed was called up to the T20I squad after Mohammad Hafeez indicated he would be withdrawing from the squad to allow additional players to play for Pakistan.

"I am happy and proud to meet that all the players who are extremely confident following their impressive run in the World Cup campaign," after joining the squad, Iftikhar, said in a video uploaded by PCB.

Speaking about his previous experiences, Iftikhar said that Bangladesh has a number of good venues but Pakistan will need to quickly adapt to turning wickets after their World Cup campaign.

"I have played here back in 2016 and Bangladesh has great venues. Our training will begin tomorrow and we will need to assess the situation and the conditions because Bangladesh typically has turning wickets," he said.

Commenting on his own performances, Iftikhar said: "I am very pleased with my own performances, be it in the National T20 Cup of PSL 6. I'm glad to be with the national team and I will continue to do my best for the Pakistan cricket team.”