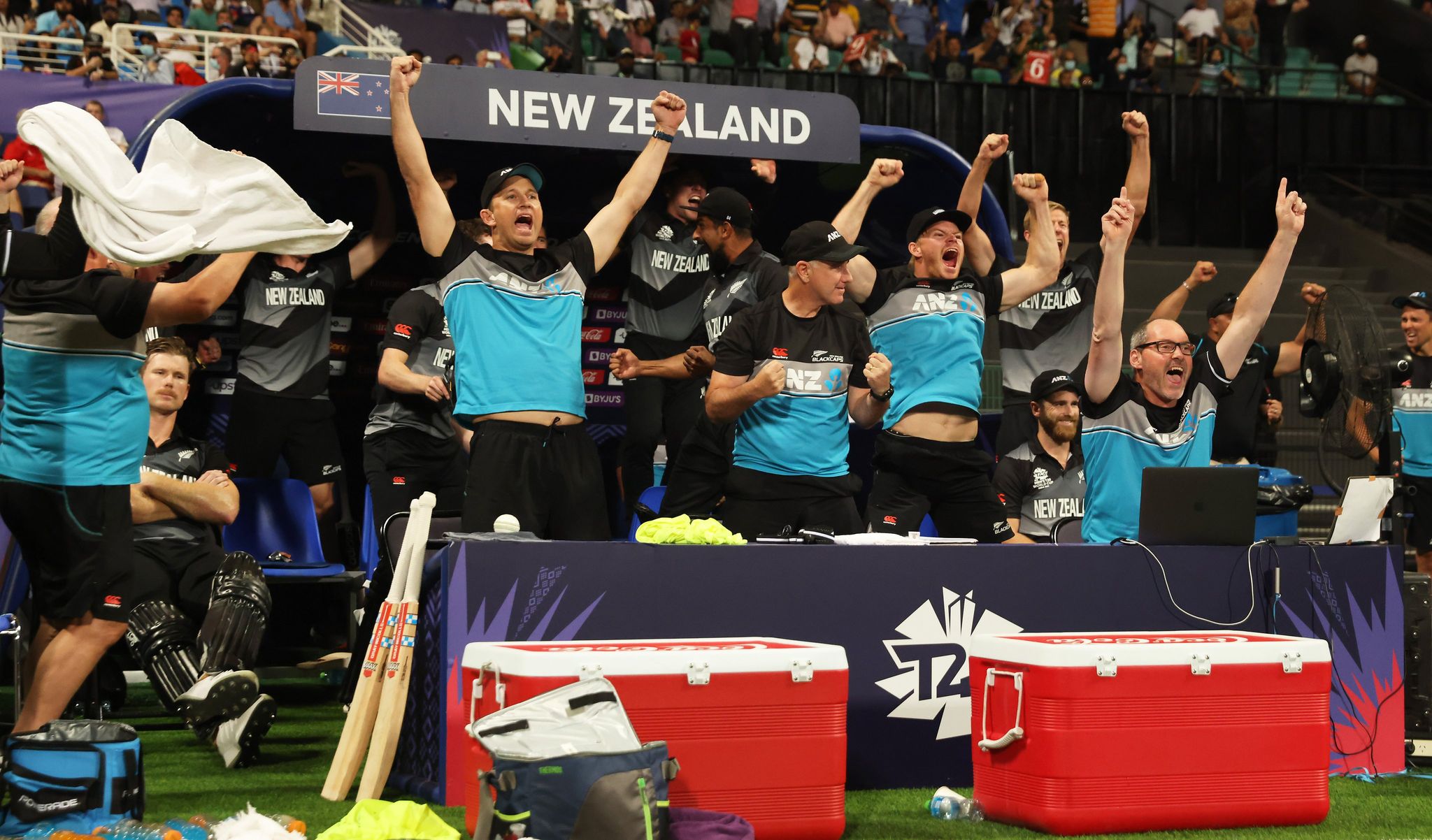 New Zealand all-rounder Jimmy Neesham was sitting idle when teammates celebrated wildly after the T20 World Cup semi-final win against England in Abu Dhabi. Neesham later revealed that he didn't celebrate wildly because he doesn't believe that New Zealand have done the job yet.

The entire New Zealand dugout was celebrating by jumping out of their chairs as soon as Daryl Mitchell hit the boundary off Chris Woakes in the 19th over to confirm the Kiwis' place in the final, however, Neesham did not move an inch. He just sat on his chair staring on the pitch.

The photos of the moment went viral on social media and Indian website ESPNcricinfo captioned it "Jimmy Neesham didn't move" to which the allrounder replied: "Job finished? I don't think so".

He then shared a video of basketball great Kobe Bryant midway through the 2009 NBA Finals, at which point his team, Los Angeles Lakers, had taken a 2-0 lead.

"What's there to be happy about?" Bryant says in the video when asked why he isn't smiling despite the team being 2-0 up. "Job's not finished. Job finished? I don't think so,"

Neesham played an important role when New Zealand was on 107 for 4 then Neesham walked in with his side needing 60 runs in 29 balls. He smashed 27 off just 11 balls to take all the pressure off the ground.

New Zealand will meet either face Australia or Pakistan.They had lost the 2019 World Cup final to England, whom they defeated in Wednesday's semi-final.