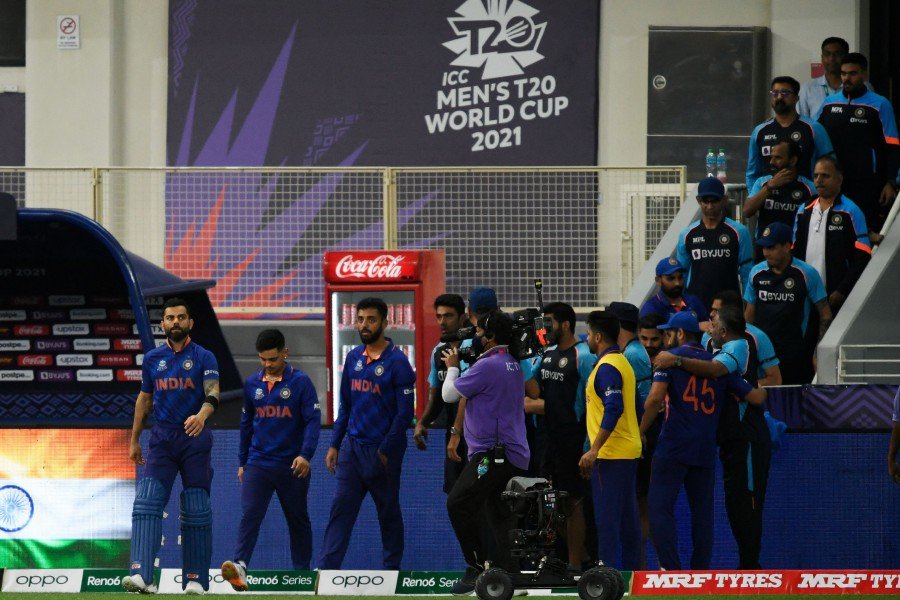 Outgoing India head coach Ravi Shastri on Monday said split captaincy will work for a side he called "one of the greatest" teams in cricket history.

The game also ended Shastri's five-year tenure as coach of the national side who reached great heights under his guidance but failed to win a world crown.

But Shastri believes a World Cup title is not far from the team who will have a new T20 captain and Rahul Dravid as their coach.

"You've got to have a bunch of players who are fit, hungry, fearless, have the quality, have the belief, and then to stay fit so you can play those five years together and go across the globe and perform everywhere."

India came into the tournament as favourites but lost their opening two matches by big margins to slip out of the semi-final race and New Zealand's win over Afghanistan on Sunday finally knocked out Kohli's team.

"We lacked the daring in the second game against New Zealand. But still, it's something for the boys to learn. They'll get an opportunity again next year," Shastri said of next year's T20 World Cup in Australia.

"It's not often you have World Cups in 12 months. So hopefully, they'll go and kick some butt there."

Senior batsman Rohit Sharma is primed to succeed Kohli, who will remain captain in Test and ODIs, as T20 captain and Shastri said the move is the way forward in the bubble life during the coronavirus pandemic.

"The players need to be rotated around and given the space they need to spend some time with their families, see their parents."

He added, "I think in Rohit you've got a very capable guy. He's won so many IPLs. He's the vice-captain of this side. He's waiting in the wings to take that job.

"We might not have won this World Cup, but I think going forward we'll continue to have a strong team because the IPL throws a lot of young players into the mix. Rahul (Dravid) will have his own ideas on how to take this team forward."