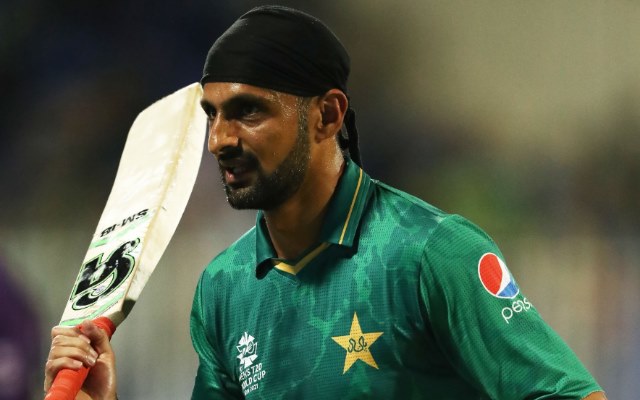 Pakistan all-rounder Shoaib Malik said that he is enjoying his long run in cricket and credits his international career to his self-obsession for fitness.

Malik smashed an 18-ball 54 to register a 72-run win over Scotland, their fifth consecutive win in the T20 World Cup. It was the tournament's joint fastest half-century alongside India opener KL Rahul's 18-ball 50.

"Well, to be honest, I would say I have a self-obsession for seeing myself fit when I look at it in the mirror, and most importantly, I'm still enjoying playing cricket, and it's helping, as well, at the end of the day towards the team," Malik said at the post-match press conference.

"I guess if you want to stay fit, then you've got to train every day, and that's what I have been doing. I'm not sure about playing a year or two more years. Right now I'm in the middle of a very important thing and not thinking about all that," he added.

Malik had a poor season for Guyana Amazon Warriors in the Caribbean Premier League (CPL) averaged 7.44 in 10 innings, as a result, he was not called up to the initial squad for the T20 World Cup.

But he came in as a replacement for Sohaib Maqsood, who was ruled out due to a back problem.