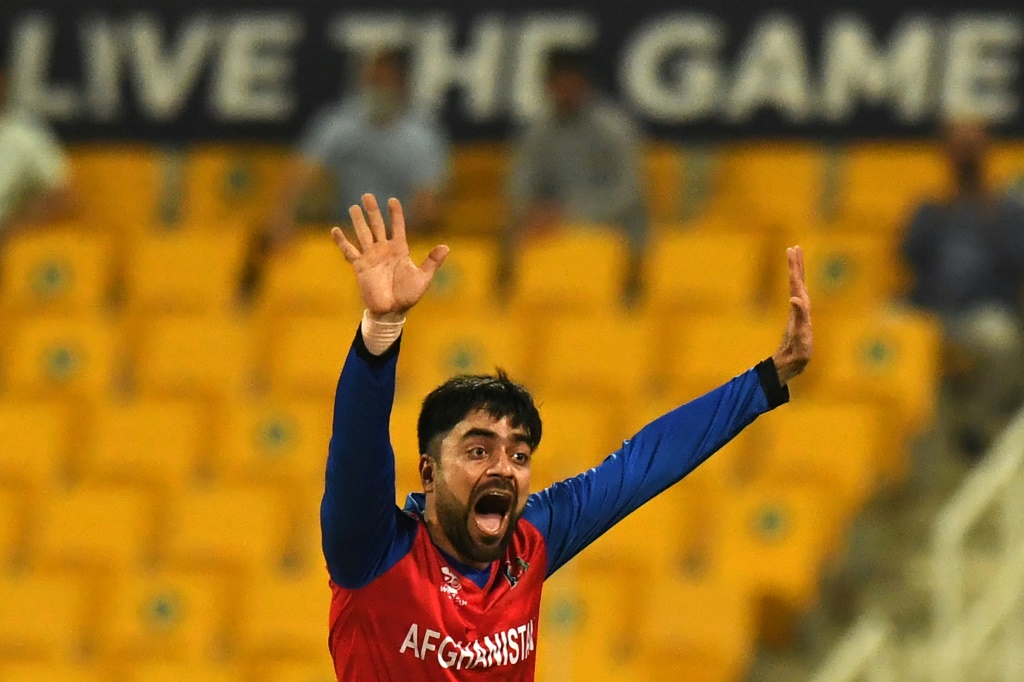 Spin wizard Rashid Khan believes more international cricket will help Afghanistan overcome the pressure of facing big teams after they went down to India by 66 runs in the Twenty20 World Cup.

But Rashid insists their morale is high ahead of their must-win Super 12 match against New Zealand on Sunday as the clash will decide their fate in the tournament.

India bounced back from their two opening losses to outplay Afghanistan on Wednesday after they posted 210 for two and kept down the opposition to 144-7.

"I think as a team we hardly get the opportunity to play with them, against India and other good sides. We don't get that opportunity. We only play with them in the World Cup," said Rashid.

"It's just that belief. Once it comes, I think we can beat any side, but that will come when we play more cricket with those teams."

Rashid, who has played league cricket all around the globe, including the Indian Premier League, was the fastest to reach 100 T20 international wickets in 53 matches.

But his leg-spin rarely troubled the Indian batsmen in Abu Dhabi as he went wicketless for 36 runs in his four overs including getting hit for two sixes by Rohit Sharma who clubbed a 47-ball 74.

Sharma's blitz, and his 140-run opening stand with KL Rahul, who made 69, took apart the Afghanistan bowling that missed Mujeeb Ur Rahman's mystery spin.

Mujeeb has missed two matches due to an injury and Rashid said there is no clarity on his availability for the remaining matches.

Rashid said the team remains upbeat ahead of their final group game in Abu Dhabi.

"We will just try our best as a team to keep the same process, come against New Zealand in the next game and play with a fresh mind. That could be quarter-final for us, as well," said Rashid.

"If we win we know we have a good run rate so we could be the team to be in the semi-finals."

Spinner Mitchell Santner said their focus is on winning their final two matches rather than looking at the net run-rate scenario.

"I guess for us it's a matter of winning the next two games and we are through," said Santner.

"So we are going to look first at playing our best cricket at Sharjah and beating Namibia and moving on from there and seeing what Abu Dhabi has for us against Afghanistan.

"It's in our control if we win two games. I don't think we need to look too much into the run-rate."