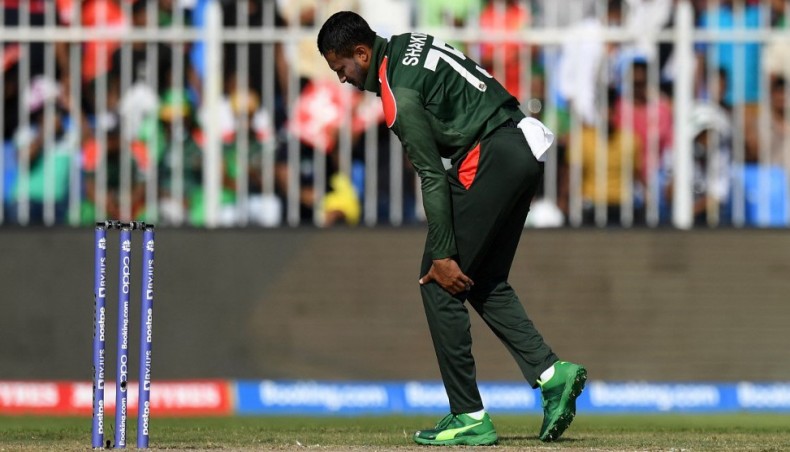 Bangladesh Ace all-rounder Shakib Al Hasan has been ruled out of the remainder of the ongoing T20 World Cup in UAE. The news has been confirmed by the Bangladesh Cricket Board (BCB) through a media release on Sunday.

Shakib was suffering from a hamstring injury during Bangladesh's match against West Indies.

“Shakib sustained a left lower hamstring strain while fielding during the match against the West Indies. In clinical examination it was diagnosed as an injury of Grade 1 intensity," Bangladesh Team Doctor Debashis Chowdhury said.

“He is ruled out from participation in the last two matches of the tournament and until further review” he added.

The Bangladesh Team will not take a replacement for the player for the remainder of the competition.

Shakib has been one of the top performers in the tournament. He is currently the joint-highest wicket-taker in the ongoing tournament (11).

Bangladesh, who are already out of the discussion for a semi-final spot after losing their first three Group 1 Super 12 matches against Sri Lanka, England, and West Indies, will play South Africa on October 2, followed by Australia two days later.