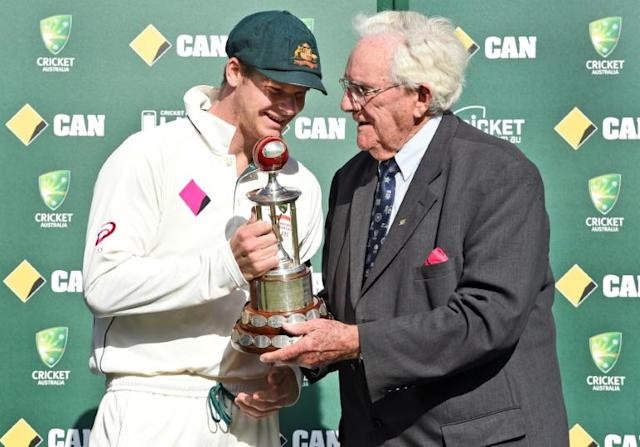 Australian cricket was in mourning Saturday after the deaths of former greats Alan Davidson and Ashley Mallett within 24 hours of each other.

Davidson, a destructive left-arm fast bowler and hard-hitting lower-middle order batter, was hailed as "one of cricket's finest players and most influential and beloved figures".

"Not only as one of the finest players to have represented Australia and New South Wales, but for the positive influence he exerted across the game as an administrator, mentor and benefactor."

After overcoming a series of injuries, he was at his peak in the late 1950s and early 1960s under the captaincy of close friend Richie Benaud.

During a golden period for the Australian team that included three Ashes series victories as well as successful tours of South Africa and India, Davidson was widely recognised as the game's pre-eminent allrounder.

He later spent 33 years as president of Cricket NSW, 20 years as a Trustee of the Sydney Cricket Ground and five years as an Australian Test selector between 1979-84.

Mallett was remembered as a humble man who also played a significant role in Australian cricket.

Nicknamed "Rowdy" in an ironic nod to his quietly spoken nature, he played 38 Tests from his debut against England in 1968, taking 132 wickets at an average of 29.84.

He still holds the best figures for a finger spinner in Australia with 8-59 against Pakistan at Adelaide in 1972, but his efforts in India were heralded as his greatest.

On the 1969-70 tour, he took 28 wickets, playing a key role in Australia securing a rare series win in India.

"He played a significant part in Australian cricket not only as a player but as a prolific storyteller who has preserved the memories of some of the game's greatest and moments in time for people to enjoy through the ages."

After his playing career ended, Mallett coached many young spinners, setting up the Spin Australia programme and the Spin Academy in Sri Lanka.