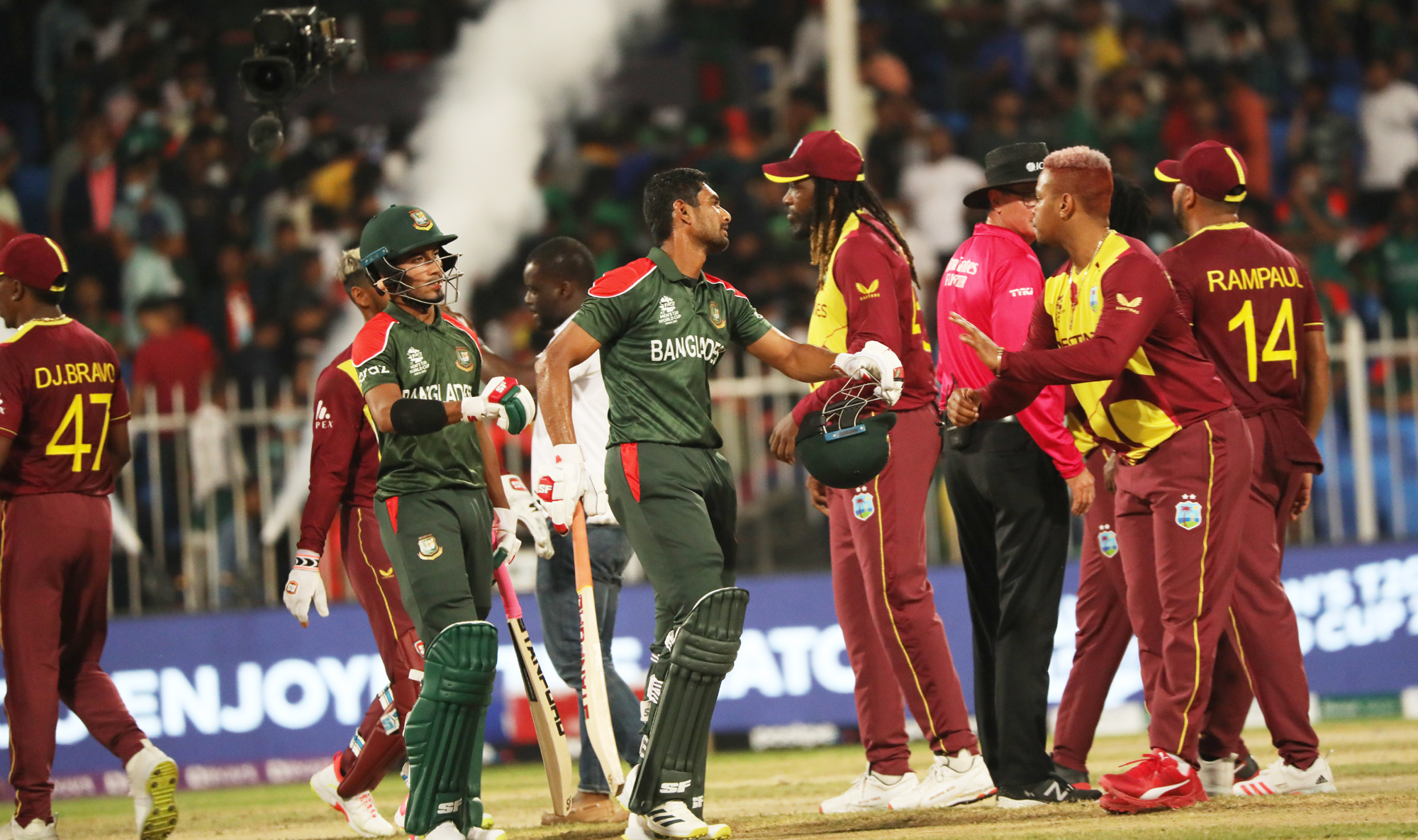 Bangladesh's World Cup journey has come to an end after a dismal loss to the West Indies. Bangladesh were in the game throughout, but Andre Russell's final over brilliance enabled the West Indies secure a much-needed victory.

In the post-match press conference, Mahmudullah stated that Liton Das' dismissal in the penultimate over was critical, and that the outcome could have been different if he had been there in the last over.

"Liton and I put on a good partnership. If Liton could clear the boundary in that last ball of the 19th over, we would've been in a better position going into the final over. He was well-set and if he had been there in the final over, one of the set batters could've tried and hit a boundary," Skipper said.

"I knew Russell would bowl in the blockhole as there were four fielders on the on side. The previous two deliveries were also yorkers which I couldn't go after. I thought if he missed the yorker in the last ball, I would lift it over mid-off or get it over cover point or backward point making room. But it was my mistake that I couldn't execute properly," he added.

While fielding, Bangladesh fielders grassed a number of opportunities, costing the team too many runs.

"We expect the fielders to grab those catches especially in crunch moments and big games. They are great fielders and no one drops catches willingly. But the way it's happening in every match is definitely a cause of concern. We need to improve our catching. These are not technical issues because unfortunately they dropped regulation catches," Mahmudullah said.

"We have a lot to gain from this tournament. Yes, we may not progress further but we want to win the remaining two games. That will be a good thing for the team if we finish the campaign on a high. We are making mistakes but the commitment is there. We will try our best to end the tournament on a winning note,"  he further added.