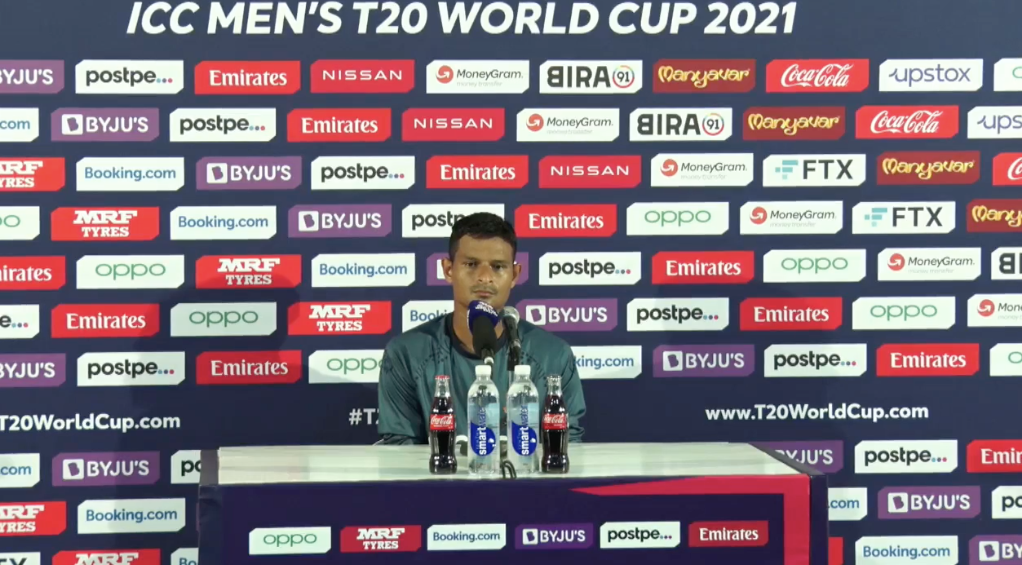 After losing to Scotland, Bangladesh beat Oman and Papua New Guinea to reach the Super Twelve but then Bangladesh back to the losing circle again. Despite creating chances in the previous match against Sri Lanka, Mahmudullah Riyad's team has thrashed by England in their second match in Abu Dhabi Wednesday.

Spinner Nasum Ahmed's gave simple confession when he came to speak for the team at the press conference at the end of the match and said they are trying but couldn’t get the result.

“Every match we try to get a win. Of course, if a batsman or bowler performs, there is a chance of winning. I am saying one thing over and over again that we are trying but it is not happening for us,” said Nasum in post-match press conference.

Although he did not specify about their capacity or any other deficiency behind it, he sees the problem of implementation, 'I meant it is not happening for us. We are trying. We couldn’t execute it well.”

After losing the first two matches of the Super Twelve in the T20 World Cup, Bangladesh's hopes of reaching the semi-finals have been faded.

In the next match on October 29, they will get the West Indies as the opponent. Looking at that match, Bangladesh have slight hope alive.

“We have three matches. If we can click one from here, we can click the other two. If we win one, we will be confident for the next match” he added.