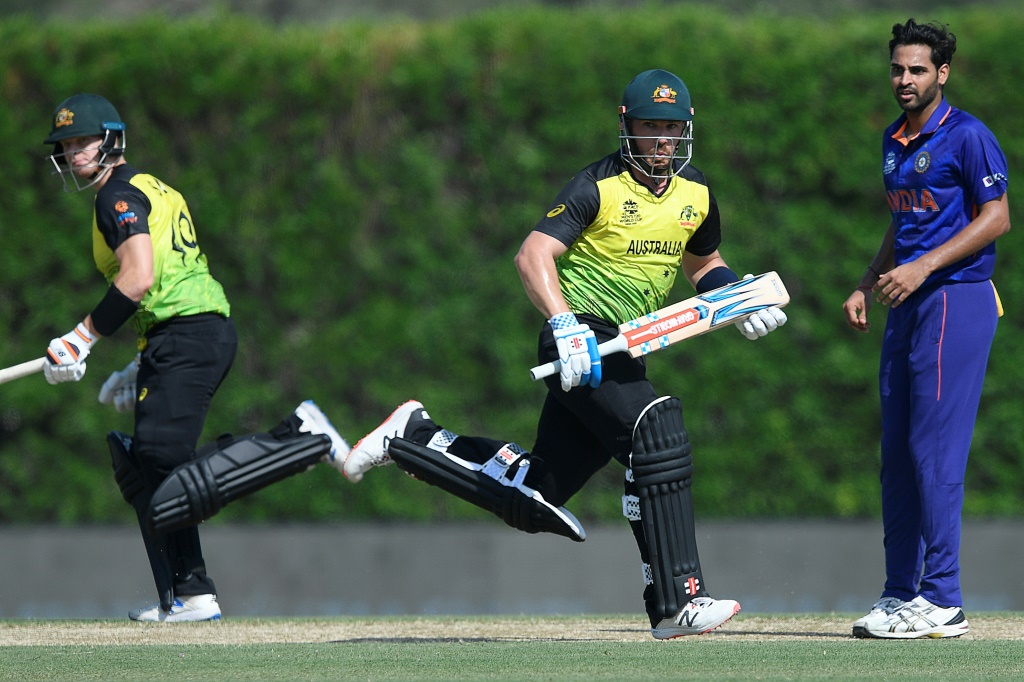 Australia captain Aaron Finch has played down the effects of evening dew in day/night games at the Twenty20 World Cup, insisting that control of the powerplay was fundamental to success in the abbreviated form of cricket.

After a disjointed build-up to the tournament which runs until November 14, the Australians kick off their campaign against South Africa in Abu Dhabi on Saturday.

Finch said he expected the wicket to "play pretty good, a touch on the slow side", adding that dew "will play a factor in the tournament, no doubt".

"Four of our five games are day games. The only night game we've got is our third game against England.

"As the conditions cool down slightly in the coming month or so, it will probably become heavier and heavier dew so then the toss does become really important."

Finch said that the powerplay, with only two fielders allowed outside the 30-yard circle for the first six overs of an innings was "so important".

"Regardless of how dewy it does get, if you can control that part of the game, it just goes a huge, huge distance to winning the match."

Without disclosing the team, Finch said Australia, who have never won the T20 World Cup, had plumped for "seven specialist batters, four specialist bowlers plus the all rounders" against South Africa.

"We think that on these wickets in these conditions they can do a really good job and be an attacking option as much as anything."

Finch added that two warm-up games, against New Zealand and India, had been a real boost for Australia, with players at varying levels of match readiness.

"We obviously haven't played a huge amount of cricket... over the last probably 18 months," he said in reference to the Covid-19 pandemic.

"It's coming together quite nicely. To have two really good hit-outs against New Zealand and India was crucial for our preparation as well, to be able to hit the ground running once we got here and sort of brush up on our skills and just play together. It's been really nice."

Finch added that those two warm-ups had also been a personal confidence booster, coming after he underwent knee surgery following Australia's tour of the Caribbean.

"The knee's feeling great, it's feeling a bit better than what I thought it would at this stage, to be honest, so to be able to play them first to warm up games ... was crucial, to get a few in the middle was nice," he said.

"Everyone's in a pretty good space to be honest, the way that the group's come together, the feeling around the place has been brilliant. We're really excited to kick it off tomorrow."